A deadly incident of carbon monoxide poisoning is likely to blame for the recent death of an 11-year-old boy at a Boone, North Carolina motel room. Investigators say they believe the death may also be linked to the deaths of a couple found inside the exact same motel room several months ago.

Police say they found carbon monoxide in the room where the 11-year-old was staying over the weekend. A preliminary autopsy has shown that the boy died of asphyxia, a common cause of death when toxic gases cut off oxygen to the rest of the body. Officials with the medical examiner’s office say that they will run toxicology tests to determine exactly what was in the boy’s body at the time of his death. 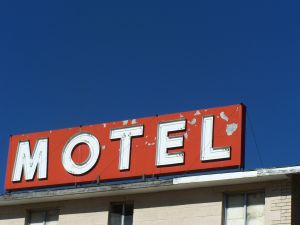 The 11-year-old’s mother, Jeannie Williams, was also seriously injured and rushed to the hospital for treatment of carbon monoxide poisoning. Police say the mother survived and is now recovering from her injuries.

Back in April, a couple from Washington State was found dead in the same room. Toxicology results have since confirmed that the two died of carbon monoxide poisoning. A spokesperson with the Boone Police Department says that investigators noticed the room is located very close to an indoor pool that is heated by a natural gas heater. Though the department is not willing to say officially that this was the cause of the carbon monoxide, it is one possible answer.

The adult son of the couple who died in April says he is furious that another death occurred in the exact same room and says he cannot believe that the motel is allowed to continue renting the room. Doug Jenkins says the hotel, the Best Western Plus Blue Ridge Plaza, should be ashamed for failing to act to prevent others from suffering the same fate as his parents.