Attorney Matthew R. Arnold answering the question: “What information will be helpful for my nursing home negligence claim?”

A nursing home located in High Point, NC has been sanctioned by officials with the state Department of Health and Human Services according to a recently released report. State officials say that the facility failed to properly respond to a dangerous fall by a resident, which eventually led to the patient’s death. 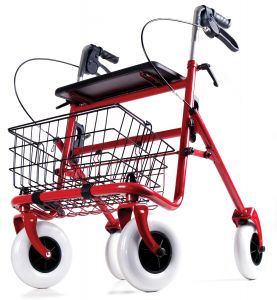 Investigators with the HHS Department cited the nursing home, Westchester Manor at Providence Place, after it was discovered that the staff at the facility never bothered to notify a doctor that a resident had fallen and seriously injured her head. The head trauma ultimately proved fatal.

The NC Department of HHS recommended that the federal government order the home pay $10,000 in fines for breaching its duty owed to the injured patient. Westchester Manor is also required to come up with a plan of action to correct the deficiencies which led to the deadly error in the first place. The home is also prevented from taking on any new patients until it is found to be in substantial compliance with nursing home regulations.

The specific incident involved an elderly woman who was admitted to Westchester Manor in early February for rehabilitation following a stroke. The woman suffered from other health conditions including dementia. Only a month after being admitted, the woman was found on the floor of her room by a nurse who noted that she had hit the back of her head while attempting to take herself to the bathroom. Nurses noticed a big bump on the back of the woman’s head and claim they intended to notify a doctor about the fall, something investigators say never happened.

A little more than a week later, the patient began exhibiting symptoms of a severe head injury including slurred speech and weakness. A brain scan revealed that she suffered from a subdural hematoma caused by the fall. Unfortunately, it was too late to perform surgery and the woman died only a few days later.

The doctors on duty told investigators that had they known about the fall they would have been able to monitor the patient for signs of trouble such as changes in her pupils or behavioral shifts. Had they been given any indication that the woman had suffered such a serious head trauma they would have also ordered a CT scan of the patient which would have detected the brain injury weeks sooner, possibly saving the woman’s life.