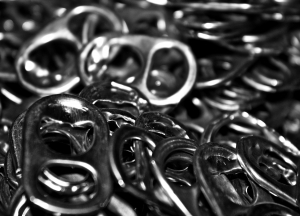 The Food and Drug Administration recently announced that the agency launched an investigation concerning five deaths and one non-fatal heart attack linked to consumption of the Monster Energy Drink. The Monster Energy Drink is a heavily caffeinated soda that has grown in popularity in recent years among those eager for a boost, especially young people.

Reports indicate that several people suffered adverse reactions after consuming the drink which contains a whopping 240 milligrams of caffeine. To put that number into some perspective, one Monster Energy Drink contains about seven times the caffeine in a typical 12-ounce can of soda.

The FDA issued a statement saying that it was taking the reports of death seriously and will begin a thorough investigation to determine if any action should be taken. Although the FDA caps the amount of caffeine in soda at 0.02 percent, there is no such limit for energy drinks, something that may need to change in the future. Though a response from the regulatory agency is a good thing, the timing leaves something to be desired as reports first surfaced back in 2004. The agency says so far there’s no proof that the drinks directly caused the deaths or injuries.

The FDA’s announcement follows quickly on the heels of a report that a wrongful death suit was filed in California by parents of a 14-year-old girl who died after consuming two cans of the Monster Energy Drink in less than 24 hours. The child’s parents argue that the soft drink company failed to properly warn consumers about the dangers associated with consuming its products.

An autopsy was conducted on the girl soon after her death which revealed that she died of cardiac arrhythmia due to caffeine toxicity. However, the medical examiner also announced that the girl had an inherited disorder that can cause weakened blood vessels.

For its part, Monster Beverage Corporation, says that it puts labels on its cans stating the drinks are not recommended for children and people who are sensitive to caffeine.

If you, or someone you know, have any questions regarding personal injury claims, please feel free to contact the experienced Charlotte, North Carolina wrongful death lawyers at Arnold & Smith, PLLC for a free consultation. Call at 704-370-2828.

Increasing the Chances of Severe Injury by Ignoring Recalls