Malicious prosecution just may be the hot-button lawsuit of the week. In our criminal blog this week (link here?), we discuss a South Carolina man a jury recently awarded $150,000 in his lawsuit against the county sheriff’s office for malicious prosecution. In addition, one recent and completely unrelated case in North Carolina proves just how varying the underlying circumstances leading to this type of lawsuit can be. 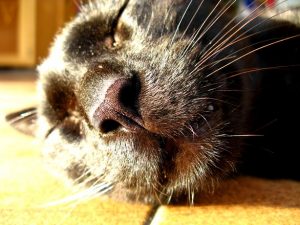 Baidya Chatterjee and Mary Ivory had been friends for several years before the controversy that gave rise to the wrongful prosecution lawsuit occurred. It begins, as so many lawsuits do, with an oral contract and a friendship gone sour. The saga ends with Ms. Ivory being liable for $15,000 in damages for wrongful prosecution. The details in the middle involve harassment allegations on both sides, including one involving a dead cat. Curious yet?

The problem with verbal promises

One day back in January of 2011, Ms. Ivory learned that a home that used to belong to her family had been scheduled to be auctioned off at a court-ordered sale. She asked Mr. Chatterjee to make an upset bid and buy the property, which he did for $27,000.

The next day, in a deed Ms. Ivory had drafted, Mr. Chatterjee deeded the property over to her. He said it was in exchange for her promise to pay him back the full $27,000 within 7 weeks. Ms. Ivory offered to memorialize this agreement in a written contract, but Mr. Chatterjee said that wasn’t necessary and that he trusted her.

In her pro se brief (i.e. filed without the help of an attorney), Ms. Ivory claimed that Mr. Chatterjee had pressured her into accepting the house as a gift, saying he was Hindu and believed in reincarnation. She claimed he said she had done something good for him in another life and that he needed to pay her back.

Ms. Ivory alleged that Mr. Chatterjee later told him that if she was intent on repaying him, he needed companionship and help with sewing and cooking. She says she was happy to provide these services for a while, but that after transferring the deed her former friend became very demanding and controlling and requested physical intimacy. She alleged that when she rebuffed him, Mr. Chatterjee began harassing her and left a dead cat in her driveway.

In her filing for a restraining order against Mr. Chatterjee after the alleged cat incident, Ms. Ivory said the feline cat he left in her driveway was gray. In her pro se brief she filed in response to Mr. Chatterjee suing her, she notably changed the cat’s color to black.

In addition to the restraining order, Ms. Ivory filed a domestic violence complaint against Mr. Chatterjee. Deputies seized his firearms as a result, but the complaint was later thrown out and his guns were restored. Then Ms. Ivory accused him of stealing a lock and chain from her, leading to a misdemeanor criminal summons for Mr. Chatterjee. That complaint was not dismissed but he was found not guilty at a bench trial.

At this point, Mr. Chatterjee sued Ms. Ivory to pay him back the $27,000 she owed him. He also sued for malicious prosecution and fraud.

The trial judge found that Mr. Chatterjee had established Ms. Ivory had committed fraud because she promised to repay him but never intended to carry out that pledge. Although many oral contracts can be difficult to hold up in court, the judge found that it was reasonable for Mr. Chatterjee to believe Ms. Ivory’s claims that she would repay him because the two had had a close personal relationship for years prior.  The judge ordered Ms. Ivory to pay back the $27,000 she owed her former friend.

The trial judge also agreed with Mr. Chatterjee that Ms. Ivory had committed malicious prosecution in the multiple criminal complaints she sent his way, awarding Mr. Chatterjee the additional $15,000 in related damages. Although malicious prosecution lawsuits are most commonly talked about in the context of individuals suing law enforcement for being wrongly arrested or charged, they can also extend to situations like this one where protective orders are sought and criminal allegations are made without a good-faith basis and for an improper purpose such as harassment. Courts take seriously the interference with personal freedoms that a restraining order has on the person they are against, as well as abuse of the justice system’s resources.