It is unfortunately all too common in personal injury cases that employers and insurance companies to dig up dirt on injured employees. In cases where a company has a lot of money on the line, it is routine for the company to pull out all the stops in putting together its defense. This means combing through social media accounts, talking to friends and family members and even hiring private investigators to follow the person. The goal of all of these actions is to find an inconsistency in the injured person’s behavior that can be used against him or her in court. These inconsistencies can make jurors doubt the injured worker’s claims and lead to a reduced injury award. 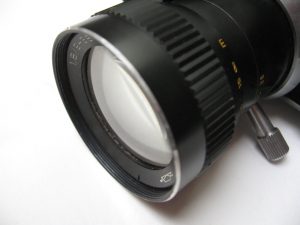 A recent case in Texas is testing just how far companies can go in digging up damaging information. The case involves a mechanic, Willie Williams, who worked on an offshore oil rig. Williams said that the rig was being operated in unsafe conditions by a Texas company, Diamond Offshore Services. These unsafe conditions resulted in a serious back injury that not only ended his career, but also changed the way he lives his life.

Specifically, Williams says that Diamond was responsible for cutting corners on safety and maintenance in their operations. Williams was ordered to fix an elevator that was used to ensure drilling could continue and felt forced to do so in a way that ignored standard safety protocols. The accident that resulted led to a severe spinal injury that resulted in two surgeries, the removal of two spinal discs, amputation of spinal facet joints and a two-inch screw in his back. He now needs to take pain medication to get through his days and will always have a limp. This prevents him from doing the kind of labor-intensive work he did throughout his career and also impacts the things he is able to do on his own time.

Williams and his attorney put forward this evidence at trial and were ultimately awarded $8.5 million in damages by a Texas jury. Diamond has since appealed the result, arguing that they were denied the opportunity to present a crucial piece of evidence that could have altered the outcome of the case. That evidence is a surveillance video that was put together by a private investigator hired by Diamond to check up on him.

The video showed that Williams was able to change tires on his oversized truck at home without help. It also showed him operating an excavator on his own and hauling heavy scrap metal around the outside of his home. Diamond claimed that the video, more than an hour long, showed that Williams’s injuries were not as severe as he claimed. The company argued that denying it the ability to challenge Williams’s assertions about his injuries was unjust and led to a lopsided verdict in favor of the injured employee.

For his part, Williams and his attorney argued that the video ought to be excluded from trial because it was selectively shot and edited. The video was shot over three days and edited down to only 60 minutes. Rather than show how Williams lived his life, the video only showed snapshots of some activities, without putting them in a larger context. Additionally, Williams argued that he never claimed he could not do those activities. When asked at trial, he admitted he could occasionally do things like change tires or haul scrap metal, but that this was rare and would leave him in pain after.

The judge ultimately agreed that the video should be excluded. The judge said that the video could only be shown to refute testimony by Williams and because Williams never claimed he was not able to do the things depicted in the video, the video was never shown to jurors. An appeals court upheld the decision and Diamond has now moved on to appealing to the Texas Supreme Court. Should Diamond lose there, many believe this will prove to be a huge success for injured victims who may now be able to exclude similar videos more routinely in personal injury cases.