Charlotte Personal Injury Attorney Matt Arnold answers the question: “What if my employer doesn’t have workers’ comp insurance or doesn’t file the claim?”

We routinely hear that special interest groups exert outsize influence on legislation. Whether at the local, state or federal level, those industries with money to spend and lobbyists to hire are able to profoundly influence laws that govern us all. Though we might hear about this as a general area of concern, it is not often that we have specific examples of this playing out. One recent case in Oklahoma that made it all the way to the state Supreme Court did just that, revealing the power of certain moneyed special interest groups and the importance of an active judiciary to keep that power in check. 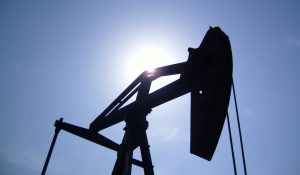 The case in Oklahoma began back in 2014 when a man, David Chambers, died after being involved in a workplace accident. The incident occurred when Chambers, who worked for a trucking company, was severely burned at an oil well site in Crescent, OK. The burns were extensive and Chambers later passed away from his injuries. His daughter was eager to hold those responsible for the harm her father suffered accountable and did what any distressed family member might do to seek justice: file a wrongful death lawsuit.

Chambers’ daughter sued Stephens Production Company, the owner and operator of the oil well site where the incident occurred. Though you might expect the case moved forward like any other wrongful death lawsuit, you would be wrong. Instead, the defendants argued the case had to be thrown out of court. The reason? A state law passed only a few years before that gave the oil and gas industry blanket immunity from workers’ compensation claims just like this one.

The law at issue was passed back in 2011, part of a larger overhaul of the state’s workers’ comp process and procedures. Legislators backing the change inserted language into the law that said the section discussing businesses that are immune from workers’ comp laws should be extended to include “any operator or owner of an oil or gas well”. Reporters have since tried to contact the chief sponsor of the legislation to discover why the change was made, but so far the legislator has refused to comment. Outside experts noted that the legislator had raked in more than $13,000 in political contributions from companies in the oil and gas business, meaning there might have been a personal financial component to the broader legislative change.

Chambers’ daughter argued that there was no legitimate basis for extending immunity to the oil and gas industry and appealed the case all the way to the Oklahoma Supreme Court. Thankfully, the Supreme Court agreed. In an unanimous decision, the Court decided that the law was unconstitutional in that it extended special treatment for the oil and gas industry for “no valid reason”. The Court noted that no other industry in Oklahoma receives such special treatment and that the legislature had no business granting it only to those in the oil field. As a result, the blanket immunity offered by the 2011 legislation was eliminated, exposing companies in the oil and gas business to the same workers’ comp claims that all other companies are subject to.