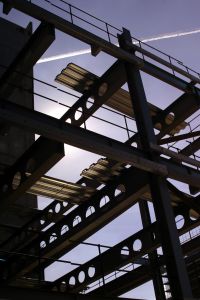 According to a recently released report by the North Carolina State Auditor, the state’s Industrial Commission has failed to fulfill its primary role of ensuring that employers carry insurance to cover potentially injured workers.

State Auditor Beth Woods released a report holding the North Carolina Industrial Commission accountable for not doing enough to track those companies that refuse to provide proper insurance to cover their workers. This failure on the part of the Commission and employers exposes workers to possibly being without money in the event they suffer injuries on the job and miss work. It also means that injured workers could be left with enormous medical bills because their employers flouted the law and were never properly insured.

The report revealed that vulnerable employees almost never realize they are at risk until it’s too late. Most employees only discover their employer lacks proper insurance in the event of an injury after an employee files a claim for compensation. The Industrial Commission has fallen down on the job by not implementing procedures that identify these noncompliant employers until after the employee has already been injured.

The report further revealed that a whopping 11,000 businesses across North Carolina either canceled their insurance coverage or let it lapse during the previous year. Another frightening statistic indicated that as many as 30,000 employers that are required to carry insurance for their workers do not. North Carolina law currently mandates that all companies with at least three workers have insurance to cover the medical bills of any employees hurt on the job. There are exceptions for some railroad workers, domestic employees, farm laborers and federal government employees.

The Auditor’s report also faulted the Industrial Commission for failing to aggressively punish those employers who are noncompliant with insurance. The report said that the companies who fail to follow the law are rarely given harsh financial penalties for their actions and when they are, only a fraction of the assessed penalties are ever actually collected.

The message of the report is clear: noncompliant businesses in North Carolina have little if anything to fear from state regulators. The harm of such lax regulation is suffered instead by workers across the state who are left uninsured in the event of a workplace accident or injury. Though the Commission responded to the report by saying it intends to implement a new system to help catch uninsured companies sooner, the process will take time. Who knows how many innocent employees will be injured in the meantime.