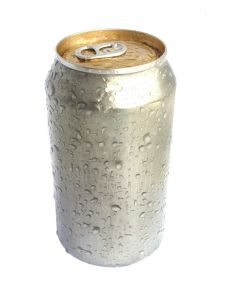 According to recently released data from the U.S. Substance Abuse and Mental Health Services Administration, the recent surge in popularity of energy drinks have led to a corresponding surge in emergency room visits. The popularity of the caffeinated drinks caused the number of ER visits associated with consumption of the beverages to double between 2007 and 2011.

The typical person affected by the energy drinks was unsurprisingly a teenager or young adult. People between the ages of 18 and 25 accounted for most of those admitted to emergency rooms. The next largest group was those between 26 and 39. Alarming to some researchers was the boom in admittances associated with those over the age of 40. ER visits by those older than 40 increased by a massive 279 percent during those four years, from 1,400 to 5,200 ER.

Males were more likely to be admitted for problems associated with the energy drinks, with men accounting for two-thirds of ER visits during that four-year span. Despite this, the number of women admitted after consuming energy drinks doubled during the same time span, indicating a steep rise in female interest in the drinks.

The problem with energy drinks is the vast amount of caffeine and other stimulants contained in the beverages. Caffeine acts as a stimulant to both the cardiovascular and central nervous system. This means that the drinks can cause a major increase in heart rates and drive up blood pressure to dangerous levels in certain cases. According to one cardiologist, for those with underlying heart conditions, the drinks can quite literally be deadly.

Tragically, the drinks have been linked to as many as 18 deaths. Reports about the dangers of the energy drinks have sparked calls for a thorough investigation; something that FDA says it will launch this spring. In the meantime, consumers need to be aware of the health risks associated with the drinks before popping open a can.