With the number of auto accident fatalities rising, many have been eager to identify the source of the increase. Some have blamed the increasing prevalence of smartphones and the attraction of text messaging. Others say that the rise can be attributed to a more general increase in the number of people on the roads. Still others blame pedestrians and bicyclists, saying that their distraction as well as increased presence on roadways is leading to higher numbers of deaths. 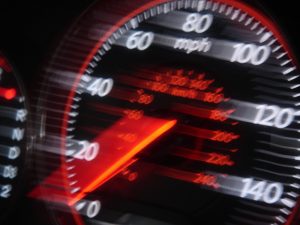 Though supporters of each hypothesis can cite to some evidence bolstering their claims, an authority on the subject, the National Transportation Safety Board, recently weighed in. According to experts at the NTSB, the reason for the recent rise in auto deaths is pretty simple: speeding. According to the NTSB, speeding must become a focus of safety experts and law enforcement officials if there is to be any chance of lowering the auto fatality rate.

Speeding has become so commonplace it is frequently overlooked as a source of serious injury and death. This is why the NTSB decided to investigate the issue and better understand the impact speed has on auto deaths. A surprising and recently released study focused on crashes that occurred between 2005 and 2014. The numbers showed that over that period of time, approximately 112,000 people died due to drunk driving, roughly 31 percent of all deaths over this period. How many people died during this same time period due to speeding? Almost exactly 112,000.

Though people fully understand just how dangerous drunk driving is, few view speeding with the same degree of concern. According to experts, this is a terrible (and potentially fatal) mistake. Researchers have shown that both speeding and drunk driving have a lot in common. For example, a driver speeding dramatically increases the chance not only that he or she will be involved in an accident, but that the accident will leave someone dead or gravely injured. The exact same is true for those who drink before driving. Additionally, with speeding and drinking, a seemingly small change can make a lot of difference. With drinking, the effects of alcohol in your system magnify, meaning that an additional drink after you’re already drunk can increase your level of intoxication substantially. With speeding, you would be amazed the difference only 10 miles per hour can make. If a pedestrian gets hit by a vehicle moving at 30 miles per hour, he or she has a 60 percent chance of surviving. If the car is instead moving at 40 miles per hour, the odds of survival drop to 40 percent.

Though the two are similar in some ways, they are different in other, very important ways. According to safety experts, one big difference is the way in which the two behaviors are viewed from a societal and legal perspective. Legally speaking, drunk driving is a far more serious offense than simple speeding. Drunk driving routinely results in the loss of driving privileges, large fines, hefty insurance increases and a permanent stain on your record. Speeding isn’t treated with such seriousness on almost every front.

From a societal perspective, the difference is similarly stark. Though people view drunk driving as an extremely dangerous activity, one that is almost universally frowned upon, the same cannot be said for speeding. Many view speeding as a fact of life, something to be done when you are in a hurry. Speeding, unlike drinking and driving, has few negative social consequences and has not been the subject of many sustained national campaigns to raise awareness.

So what are safety experts going to do? According to the NTSB, they will work on raising awareness about the dangers of speeding. They will also be working to lobby for the creation of harsher penalties for those found guilty of speeding. The aim is to treat speeding as seriously as drunk driving given that speeding is responsible for the deaths of nearly 10,000 people each and every year.

Does legal marijuana lead to increase in car crashes?