When most people are involved in an accident they do not spend time thinking about how liability will be apportioned amongst the defendants. Instead, plaintiffs in personal injury accidents are busy thinking about when they will return to work and how they will pay their mounting medical bills. Though it is understandable that personal injury victims have other more important things on their mind, liability apportionment matters a great deal and is crucial to ensuring the accident victim receives the compensation he or she deserves. To learn more about how financial responsibility for an accident is divided among defendants, in North Carolina and elsewhere, keep reading. 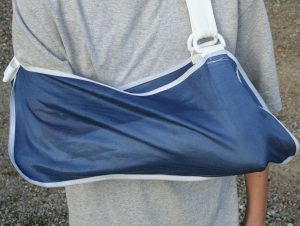 How does joint and several liability work?

First, we should start by defining joint and several liability, which is the standard used here in North Carolina. Joint and several liability refers to the way that liability is divided when two or more parties are found responsible for causing damages in a personal injury case. When liability is divided on a joint and several basis, it means that the defendants will each be found independently responsible for the full amount of the damages suffered by the plaintiff. This means that it doesn’t matter about the degree of fault of each defendant; any one of them can be forced to pay the full amount of damages owed.

This leads to the question of what happens if a plaintiff collects money from only one of several defendants? Are the other defendants able to get away without contributing? Not exactly. In North Carolina, the law says that where two or more people are found jointly and severally liable for damages, there is a right of contribution among them even if the judgment was not recovered from all of them. This means that the defendant who paid the damages can then turn around and sue the others for contribution, insisting that they chip in to cover some of the costs.

This can be a complicated subject to discuss without an example, so let’s come up with one. Let’s say that Amy was involved in an accident with Bill and Cindy. Amy was following all the rules, while Bill was drunk and Cindy was texting. Amy sues Bill and Cindy for the damages she suffered. A jury rules in favor of Amy and awards her $100,000 in damages, with Bill and Cindy being found jointly and severally liable. This means that Amy can now collect the full $100,000 from either Bill or Cindy, or some from both. If Cindy has more money than bill and Amy collects the $100,000 from her, it is then up to Cindy to sue Bill for contribution.

Other versions of apportioning liability

The downside to joint and several liability, according to critics, is that it can be unfair. As we mentioned above, if a defendant is only 10% responsible for causing an accident, he or she can still be on the hook for paying the full bill. A big plus of joint and several liability is that it helps plaintiffs recover badly needed compensation for their injuries. By making all the defendants jointly liable for damages, it reduces the risk that one of the defendants will be judgment proof, thus denying your ability to collect compensation.