Matthew R. Arnold of Arnold & Smith, PLLC answers the question “If I am injured in a car accident or at work what should I do?”

When a personal-injury claimant’s case is turned down by a lawyer or law firm because the value of the claim is too low, the claimant has three choices. The claimant can not file a claim at all, can handle the claim on one’s own, or her or she can contract with a so-called “settlement mill” to resolve the claim. 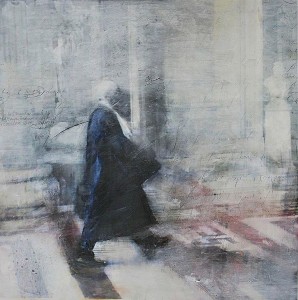 The settlement-mill approach to personal-injury claims has its benefits and proponents. Settlement mills deliver legal services cheaply, avoiding many (or all) of the costs associated with lawsuits. They deliver justice swiftly. Indeed, the firms profiled in Nora Freeman Engstrom’s article in the October 2011 edition of the New York University Law Review strove for good customer service—which often included speedy resolutions to cases. This speed, Engstrom acknowledges in her article, saves many clients from suffering the “significant financial and emotional distress” that accompany protracted litigation.

Proponents of settlement mills say their aggressive advertising campaigns “encourage more individuals to file claims and retain counsel following an accidental injury,” which means more people have access to the justice system to seek compensation for their injuries, Engstrom wrote.

Data taken before and after the rise of attorney advertising shows that Americans injured in accidents are more likely now than before to retain counsel and file claims. To that end, “settlement mills are arguably expanding the pool of compensated claimants.” Additional studies have shown that claimants who may have simply “ate” their claims in the past (by not making a claim at all) have become educated about their rights by the aggressive advertising campaigns of settlement mills.

The correlation between advertising and the propensity of Americans to seek redress for injury has not been established conclusively, but Engstrom acknowledges that settlement mills may, “in their own unique way,” be expanding the pool of claimants who have access to compensation for their injuries.

The things that settlement mills do well, Engstrom writes—“speed, predictability, simplicity, and certainty are fundamentally incompatible with the idiosyncratic, fact-intensive, case-by-case determinations that undergird traditional tort.” Therein lies the problem of settlement mills, and it is a problem that most seriously affects claimants with serious injuries, whose cases deserve the kind of “attentive, individualized representation” that a traditional personal-injury attorney can provide.

The danger to claimants with high-value cases is that their cases will be treated with the same “cookie-cutter” approach as other cases, and will be settled for a depressed or artificially low value. The firms profiled by Engstrom were often able to settle cases with about one-day of work by attorneys and staff members. If a large settlement is obtained, the attorney’s large contingency fee may seem unfair when compared with the relatively little time one spent working on a case. The almost-exclusive involvement of non-attorney staff members in the handling cases raises serious questions about the unauthorized practice of law.

The current state-of-affairs in the personal-injury realm, Engstrom writes, is one of “haves” and “have nots.” That has been the case for decades—perhaps longer—since traditional personal-injury attorneys can only take, in general, high-value cases, leaving claimants with low-value personal injury claims to seek justice on their own or no justice at all. These claimants are, to an increasing extent, being served by settlement mills. These claimants are also, Engstrom writes, those who are in the greatest need of genuine, professional legal advice. She worries that they are not being served adequately by settlement mills.

Engstrom proposes the establishment of a publically searchable closing-statement system maintained by the state bar or attorney regulatory authority in each state. When settling cases, attorneys would be required to report information concerning the identity of the claimant and defendants, as well as their lawyers and any insurance carriers involved; the type of claim brought; the nature of litigation involved; the settlement amount and other basic information about a claim.

With the closing-statement resource and the statistics derived therefrom, Engstrom believes, the American tort system may begin to move from a kind of two-tiered “haves and have-nots” system to one in which all claimants have meaningful access to justice.