Road rage and rush hour are practically synonymous, as a high number of vehicles and congested roads during peak hours cause motorists to engage in aggressive driving. A 2016 survey showed that nearly eight of 10 U.S. drivers have engaged in road rage in the previous year. 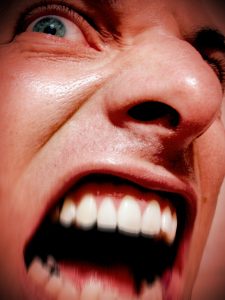 Violent road rage incidents during rush hour are becoming more common in Charlotte and other parts of North Carolina, which was evident last week when two frightening cases of road rage happened within an hour in Charlotte.

Seeking compensation after a road rage-related car crash can be tough, which is why you should talk to a Charlotte car accident attorney at Arnold & Smith, PLLC, to help you prove fault and recover damages.

According to WCNC, two violent cases of road rage happened during a morning rush hour last Wednesday in Charlotte. Interestingly, the incidents occurred within an hour of each other.

In both crimes, the aggressive driver pointed a gun at the other motorist after their vehicles collided. One rush hour-related car accident occurred on Central Avenue, while the other incident happened on South Boulevard in South End.

Unfortunately, violent road rage is becoming increasingly common in North Carolina and elsewhere in the U.S. According to AAA, about eight million U.S. motorists admit to having engaged in extreme cases of road rage.

In the first Charlotte road rage incident, a suspect pointed a gun at a 35-year-old female driver after his car struck her vehicle on South Boulevard near Bland. After threatening her with the weapon, the suspect took off. Luckily, no one was hurt.

Less than an hour later, a similar road rage incident occurred on Central Avenue. In the second case, a driver pointed a gun at a 29-year-old woman after their vehicles collided.

The two road rage incidents come a week after a woman was caught in the crossfire of a violent case of road rage in Charlotte.

Watch Out for These Signs of Aggressive Driving

The latest cases of road rage indicate that there is a high number of aggressive and violent drivers on our roads. Although law enforcement and police officers have a duty to stop road rage, the police are not always around to prevent these incidents.

That is why you should stay away from aggressive and violent drivers in Charlotte if you spot any of these signs of road rage:

Here at Arnold & Smith, PLLC, our personal injury lawyers have seen what kind of damage road rage incidents and collisions resulting from aggressive driving can cause.

If the other driver did not behave responsibly and failed to exercise due care, you may be entitled to recover damages for your motor vehicle injuries. Although it is best to avoid aggressive and violent drivers at all costs, sometimes, things can get out of control.

If that was the case, call our Charlotte car accident attorney to discuss how you can get compensated for your lost income, medical expenses, and other damages. Contact us today to schedule your free consultation. Call us at 704-370-2828 or fill out our contact form. Now taking cases throughout North Carolina with offices in Uptown Charlotte, Mooresville and our new location in Monroe.

Protecting Yourself Against Road Rage