If you’ve joined a gym, especially one that’s part of a national chain, you’ve likely had to sign some kind of contract before being allowed on any of the equipment. In addition to extracting your money on a monthly basis, the contracts have another purpose: to try and protect the company in the event of a personal injury lawsuit. Many such contracts contain language waiving your ability to sue in the event an injury should occur on the gym’s property. These provisions are known as liability waivers and they act as legal shields for gyms, protecting the big companies at the expense of injured members. 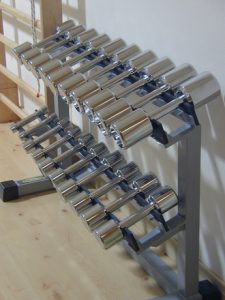 A recent case in Pennsylvania illustrates this point alarmingly well. The plaintiff in the case, 63-year-old Patricia, filed a personal injury suit against the national chain LA Fitness last year after falling and fracturing both wrists a club outside Philadelphia. The injury occurred while Patricia was doing something called a “suicide run”, sprinting between two points, while being supervised by a personal trainer. Her LA Fitness trainer was encouraging her to go faster at the time of the fall.

Though Patricia experienced serious injuries and still suffers nerve pain to this day, the judge overseeing her case recently announced that it would be dismissed. The reason for the dismissal had nothing to do with the facts of the case, instead, it had to with a three-page membership contract signed by Patricia at the time of joining. The contract included language waiving legal liability. The clause specifically says that the member acknowledges that the use of “LA Fitness’ facilities, services, equipment or premises, involves risks of injury to persons and property” and that the member “assumes full responsibility for such risks.” The contract went on to say that the member “hereby releases and holds LA Fitness, its directors, officers, employees and agents harmless from all liability”.

Patricia admitted to signing the contract, though she says that she never actually reviewed the language. The judge decide that the agreement was valid and that, as a result, Patricia’s case must be dismissed.

The case demonstrates an unfortunate reality: contracts that people sign each and every day contain important language that can end up haunting you down the road. Though the contract was found valid in this case, are such waivers of liability always enforceable? The answer is, unfortunately, it depends. Courts will typically look at several things when deciding whether the liability waiver is enforceable.

First, is the waiver clearly worded and unambiguous? Second, is it prominently displayed? If the answer to either is no, then the clause may be found invalid. Courts are insistent that if a person waives his or her rights, such waiver must take place knowingly. Another important concern is whether there was sufficient bargaining power. For instance, including such a waiver in a contract for a service the person absolutely must have doesn’t allow the person a chance to walk away. Such unfairly one-sided language is referred to as a contract of adhesion. In this case, the judge decided the contract was not one of adhesion because it was for the voluntary participation in recreational activity. Had someone not agreed with the terms, he or she could easily have walked away.

Though it’s sad for Patricia, this case shows just how important it is to read and understand agreements before signing. Though you may think it’s a bunch of gobbledygook, it’s worth thinking through. If you don’t and get injured, you’ll most likely wish you had.

Will Drones End Up Helping Personal Injury Suits More Than They Cause Them?