Ice Cube and Dr. Dre have been cleared of liability for the hit-and-run that killed Heavyweight Records co-founder Terry Carter, a judge ruled early this month. 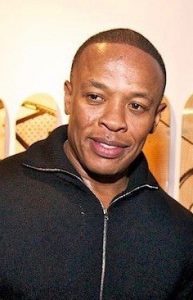 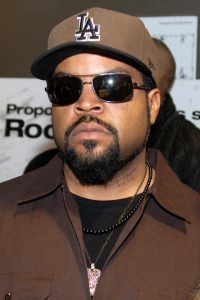 Carter’s family sued the two N.W.A. members for wrongful death and negligence after Suge Knight, the former head of Death Row Records, allegedly ran Carter over at a fast-food restaurant in January of last year. The group was several miles from the filming of N.W.A.’s biopic, Straight Outta Compton, when Knight reportedly ran Carter over and injured two other men.

The allegations against Ice Cube and Dr. Dre stated that they were negligent in allowing Knight to remain on the film’s base camp because of the known risk the escalatory rapper-producer posed to others.

The judge disagreed. It was common knowledge amongst those on set that Suge Knight was unhappy with the way he was depicted in the film, stating that he had never been asked permission to include his likeness in the project. The long-standing feud between the N.W.A. members and Knight was also well-documented, dating back to Knight’s departure from Death Row Records in 1996.

Knight’s colorful history is also shadowed by theories over the years that have connected him to the shooting deaths of rappers Tupac Shakur and Biggie Smalls/The Notorious B.I.G. in 1996 and 1997, respectively.

None of this was sufficient for a judge to find that Ice Cube and Dre were liable for Knight’s actions in allegedly running down Carter, however.

In negligence law, at the core of any case is a duty owed to the victim and a breach of that duty. The lawsuit filed against Ice Cube and Dre essentially alleged that the rappers’ lengthy history with Knight, and knowledge of his habit for escalating personal feuds with violence, breached their duty of reasonable care to others with whom Knight had beef by not banning him from the set.

Another element necessary for any personal injury/negligence claim to proceed is that of causation. If there are too many intervening forces at play between and act and its alleged result, the chain of causation falls apart. No matter how well-documented Knight’s violent history may have been, to blame Ice Cube and Dre for another man’s actions (which notably occurred several miles from set) would be a stretch by any court of law.

One of the other men injured in the hit-and-run was Cle “Bone” Sloan, a documentary director, actor and activist known for his work to reform gang violence from the inside out.

It seems like similar reasoning is being used against all parties here—because so-and-so is a known threat, this can be used against them in court. Time will tell if Knight’s defense works—he is still in lockup on the pending murder charges, and Sloan recently refused to cooperate with police in order to testify against Knight.