Imagine what would happen if you were harmed in some way by a company. It could be financial injury from a bank or other financial services company. Or perhaps an injury tied to the loss of personal information, possibly in a hacking episode. Maybe even physical injury if the company owns a hospital or a nursing home. In any case, most people would expect the next step would be to reach out to a personal injury attorney and file suit. Sadly, filing suit is less and less likely these days, with companies across a multitude of industries embracing arbitration agreements. 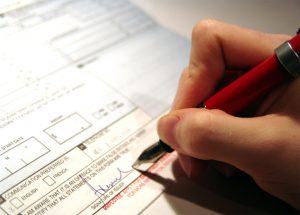 This widespread embrace of arbitration is especially common in the financial sector, with banks, mortgage lenders, insurance companies, brokerage firms, etc., all commonly employing arbitration language in contracts with customers. It’s important to note that these contracts aren’t made with similarly large and sophisticated companies, but instead with individuals, the vast majority of whom never bother to pick up the terms and conditions they are given. And it is a shame, because the terms and conditions contain crucial details that could come back to haunt you down the road, after you’ve been injured and are looking for recourse options.

In a surprise move this week, the Consumer Financial Protection Bureau, a consumer watchdog group under fire from President Trump and the Republican Congress, announced that they would force banks and other financial companies to stop requiring arbitration in disputes with consumers. The rule which was adopted on Monday says that banks and other financial services firms are not allowed to force consumers into arbitration when disputes arise over bank and credit card accounts. This comes as a remarkable defeat for the financial sector, which had come to rely on these clauses to protect them from class-action lawsuits that could eventually cost the industry billions.

The head of the CFPB spoke out in favor of the rule, saying that the move is designed to ensure that injured consumers always have access to the court system, something he deems as a “cherished tenet of our justice system”. The rule is scheduled to take effect sometime next year, but may be stopped before it has a chance to start thanks to loud protest from Republicans in Washington who are eager to roll back regulation on businesses, not approve additional restrictions.

Though there are some obvious pros of arbitration, including speed and efficiency, there are far more cons. For one thing, if you are forced into arbitration you have very limited recourse. Once a decision has been made by the arbitrator, there’s not much more to say on the subject. Appeals to a higher court aren’t possible, so a bad decision can sometimes dash your hopes of recovery. Even more troubling is the lack of a level playing field. Big companies, including employers, manufacturers, banks, hospitals all push for arbitration that is designed for their benefit, not the consumer’s. It’s never clear how objective the arbitrator actually is or if he or she is instead incentivized to side with the company who selected the arbitrator in the first place. Even more troubling, there’s little if any transparency in the system. Injured consumers aren’t able to bring attention to widespread harm or abuse that is taking place, with companies using the arbitration process to silence injured plaintiffs who would otherwise have a chance to take a public stand in court.

Though it’s good news that the CFPB has stood up for consumers, it is far from certain the rule will remain in place. Either way, consumers need to take action to protect themselves and be smart about what they sign. Read the terms of your agreement and, if you have the ability to negotiate, do so. Ask to remove any clauses requiring arbitration of disputes, insist instead on your right to take your issues to court.

Are Personal Injuries On Airplanes Different Than Those On Land?