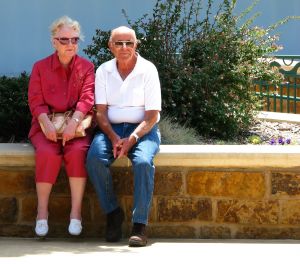 As the Baby Boomer generation continues to age, one thing is certain–the roads will be increasingly filled with older drivers. Currently, thirteen percent, or 34 million Americans, are over sixty-five years of age. That number is expected to increase by 60% over the next fifteen years. Based on these numbers, it is projected that one in five drivers will be 65 or older by 2025.

While the older drivers may have more experience on the road, they are also responsible for a disproportionate number of accidents. A report released by TRIP states that although drivers over 65 account for 8% of all miles driven, they are involved in at least 17% of all reported crashes.

North Carolina is towards the top of the list in multiple statistical categories pertaining to older drivers. The state is fourth in the nation in raw number of older drivers killed in car accidents and fifth in the number of accidents involving at least one driver over the age of 65. North Carolina is ranked ninth in the nation for number of older licensed drivers. Unsurprisingly, the number one state in many of these categories is Florida.

Older drivers are more susceptible to serious injury from car accidents for a number of reasons. First, age comes with increased physical frailty and related medical issues. These issues include slower reaction time, poorer eyesight, and reduced muscle dexterity. Furthermore, when such accidents happen, injuries tend to be more severe due to this increased frailty. TRIP singles out “safely moving through intersections” as especially hazardous for older drivers.

Despite these numbers, no one is suggesting that we revoke the licenses of all older drivers. One of the major determining factors in quality of life is mobility and to deny that to an ever-increasing proportion of the population could only lead to trouble. Rather, it is being suggested that steps be taken to make the roads safer for older drivers. Some of the more prominent suggestions include clearer signs with larger lettering, increased width of pavement markings, widening lanes, and brighter lighting.

Currently, North Carolina has no special provisions for older drivers, such as renewals contingent on vision tests. The only extra burden an older driver would have is that he would have to get his or her licensed renewed every five years rather than the every eight years required for drivers aged 21-53.