The North Carolina legislature is moving ahead with a plan that would allow some state highways to increase speed limits to 75 miles per hour.

The House Transportation Committee voted earlier this week to allow the bill from the Senate to move forward. The legislation would permit the Department of Transportation to set speed limits higher than the current 70 mile per hour limit on some sections of interstate and highway. The legislation says that only those sections that engineers deem capable of handling the higher speed will be changed. 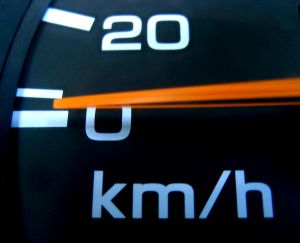 Though specific segments of road were not named in the bill, the committee members in the House discussed certain rural stretches of I-40 in eastern North Carolina. If the bill is passed, North Carolina would become the second state on the East Coast to have a speed limit of 75 miles per hour on certain highways in the state.

The bill has already passed the full Senate and now that it has moved through the House Transportation Committee the next stop will be the full House floor. Though the legislation did pass the committee, some legislators have expressed concern about whether the measure might lead to increase highway accidents and thus increased traffic fatalities.

Speeding contributes to hundreds of deadly car accidents in North Carolina every year. While many recent safety efforts have recently focused on reducing distracted driving, speeding is still a significant safety issue on the road. Most drivers admit to driving faster than the speed limit at some point in their lives and an increased speed limit only encourages faster driving.

Even if lawmakers do approve the faster speed limits on North Carolina highways, drivers should be cautious of driving at high speeds and take the appropriate safety precautions when driving on the highway to reduce the risk of being in a car accident.