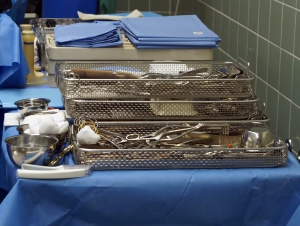 Earlier this year, we told you about North Carolina’s sterilization victims being approved for compensation if the legislature would pass the appropriate law. Since the posting of that article, the Charlotte Observer has reported that the North Carolina legislature has filed a bill that supports the victims each receiving $50,000 in damages. North Carolina is the first state in the nation to compensate victims of a nation-wide eugenics program designed to strip women and men of their ability to have children if they were found to be mentally ill or deviant.

Legislators on both sides of the aisle are in support of the victims receiving compensation. The bill says the following, “[T]he General Assembly wishes to make restitution for injustices suffered and unreasonable hardships endured by the asexualization or sterilization of individuals at the direction of the state between 1933 and 1974.” Between 1933 and 1974, nearly 8,000 men and women were sterilized without their effective consent.

Not only is the legislature on board, but Governor Purdue has included the eugenics victims’ compensation into her budget proposal. She has included $10 million which will give $50,000 tax free to any victim of sterilization. All claims for the money have to be filed by 2015 and if some of the victims have died, their personal representatives would be entitled to their share.

It is a good thing that lobbying and advocating for the rights of wronged victims can result in such a great step toward righting an injustice. As long as citizens understand the rights to which they are entitled, regardless of what they have done in the past, the government will not be able to trample on their rights. Attorneys, both criminal and civil, are here to protect the rights of the people from the imposition of the government. As a result of advocacy on behalf of these victims the legislature and the governor have responded.

If you have a possible personal injury claim against anyone, whether a private person or a government agency, and you would like to discuss the claim with a Charlotte personal injury lawyer, please call Arnold & Smith, PLLC today for a free consultation at 704-370-2828.