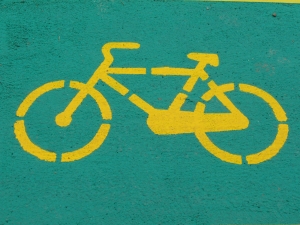 Recently, WCNC.com reported on the tragic death of a young man killed while riding his bike to school. No child deserves to have his or her life cut short due to such an unfortunate tragedy.

Tragedy does not even begin to describe what happened to 14-year old, Drew Wright. Wright was a freshman at Myers Park High School in Charlotte. On Tuesday, May 26, 2012, Wright was riding his bike down the sidewalk on his way to school. In this part of the city, trash pickup occurs on Tuesdays. As he was riding down the sidewalk, Wright swerved to avoid hitting a trashcan that had been set out for the sanitation workers to empty on their morning run. Wright, however, lost control of his bike, wobbled a little, and fell over into the middle of the street. He was hit by a US Foods truck on Sharon Lane, near Providence Road. Wright later died from his injuries. He was not wearing a helmet at the time of the accident.

The police have said that no charges will be filed against the driver of the truck. This was nothing more than a tragic accident, but this is an opportunity for all of us to take a step back and begin to rethink bicycle safety. While most teenagers are driving to school by the time the turn 16, there are still a few who choose to ride their bikes to and from school. Parents should work diligently to keep their children safe even while they are riding their bicycles on sidewalks. Wearing a helmet is critical to proper bicycle safety. Head injuries are extremely serious and in this case, fatal.

In addition, some responsibility rests on the drivers of our communities who ride past children on bicycles. Children are impulsive and quick to react without thinking. Therefore, it is the responsibility of the drivers to keep a watchful eye on those bicycle riders and drive slowly so as to avoid hitting a child that may have made a quick maneuver in front of you. While nothing in this report says how fast the US Food truck driver was going at the time, or how close he was to Wright when he fell in the roadway, it is possible that if he had been going slower, he would have either avoided hitting Wright altogether, or he would have done less damage because the impact would have been less severe.

Personal injuries, however, are not always pure accidents. If you believe you have been injured and someone is at fault for your injuries, contact a Charlotte personal injury lawyer today. The attorneys at Arnold & Smith, PLLC are experienced personal injury attorneys and will work to secure you the recovery that you deserve. Call today for a free consultation at 704-370-2828.