Police have revealed that they are continuing to investigate the Boone, NC hotel where three people have died of carbon monoxide poisoning. The deaths, which occurred separately across several months, all happened in the exact same hotel room at the Best Western Plus Blue Ridge Plaza. Authorities say they are also turning their attention towards two other hotels owned by the company because employees and equipment were shared between the businesses and police wonder whether other carbon monoxide issues might be present in those properties as well. 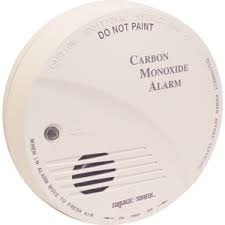 The case began when a couple from Washington State, Daryl and Shirley Jenkins, died on April 16th of what police later revealed was carbon monoxide poisoning. Despite the unusual cause of the death the hotel was never closed and continued placing guests in the exact same room, all without taking any action to correct the problem that led to the dangerously high carbon monoxide levels.

Two months later, on June 8th, an 11-year-old boy from Rock Hill, SC died and his mother was hospitalized in serious condition, both from carbon monoxide poisoning. The woman, Jeannie Williams, is still recovering from her injuries and according to her brother-in-law continues to walk with a walker while trying to regain complete use of her arms and legs.

The hotel has since been closed to all guests while the investigation continues. So far early reports indicate that a faulty pool heater may be to blame for the high levels of carbon monoxide in the room. Authorities have turned their attention to the Sleep Inn and the Country Inns & Suites, both in Boone and both owned by the same family and hotel management company. Police say they expect their investigation to continue throughout the month of July, at which point they say they will turn over all the evidence they gathered to the district attorney to consider filing criminal charges.

The families of all those who have died are heartbroken, and understandably so. It’s tragic to think that such deaths happened for such an easily prevented reason. Proper maintenance of an old heater could have avoided the first deaths and earlier action by officials and hotel owners could have prevented the harm from happening to the 11-year-old and his mother.