Attorney Matthew R. Arnold answering the question: “What if the accident was my fault?”

Police in North Carolina say two women were killed in a head-on accident in Perquimans County early this weekend. According to news reports, the accident took place early in the morning on Friday. 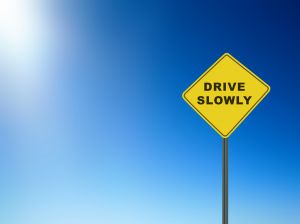 The names of the two women have not yet been released as authorities say they are still trying to notify their families. According to reports, a man crossed the center lane of Harvey Point Road near the intersection of Burgess Road and slammed into the oncoming car carrying the two women.

The man, whose name has also not yet been released, was taken to the Vidant Medical Center in Greenville for treatment of serious injuries. Police say they are still investigating what may have caused the fatal accident and are considering filing criminal charges against the male driver for failing to maintain control of his vehicle.

Head-on accidents are just what they sound like when the front of a car, truck or motorcycle slams into the front of another motor vehicle. Such accidents are generally serious and have a higher rate of causing fatalities than other crashes, with the exception of rollover accidents. In 2005, only two percent of all car accidents were head-on collisions but they accounted for 10 percent of fatal accidents.

Head-on crashes often result in death because of their abrupt nature. The sudden stop, which requires that forward movement instantly come to a halt, can cause terrible harm to vehicle occupants. As demonstration of the harm that such head-on accidents can cause, consider this example. When two vehicles of equal weight and size going the same speed crash head on, it is like crashing into a brick wall, and all forward movement stops immediately. In fact, a driver would be better off crashing into a parked car, as the parked car would give and move and not be a stationary force, stopping forward movement so abruptly.