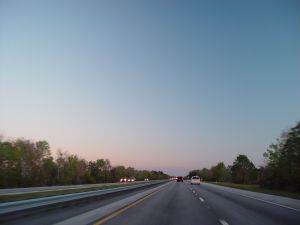 It’s tragic that data shows more than 150 police officers have died since 1999 after being hit by passing vehicles on roadways across the United States. The numbers, recently released by the National Law Enforcement Officers Memorial Fund, serves as a painful reminder of how much police officers sacrifice to keep others safe.

WBTV reports that the North Carolina Highway Patrol is taking this opportunity to impress upon residents of the state how important it is to abide by the Move Over law, especially when emergency vehicles are stopped on the side of the road.

North Carolina is one of 43 states to enact such legislation. North Carolina implemented its version of the law in 2002. Though the law is now more than a decade old, many drivers remain unaware of it. According to recent polling, some 71% of Americans have never heard of “Move Over” laws. This despite the fact that 86% of those responding to the survey say they support enacting such legislation.

North Carolina’s law was designed to help curb the numbers of deaths suffered not only by police officers, but by other emergency responders and even civilians who were stranded on the side of the interstate. North Carolina’s law requires drivers to slow down and approach cautiously when an emergency vehicle is stopped on the shoulder of the roadway with its lights flashing. Motorists are required to move over to another lane away from the emergency vehicle on a multi-lane highway or slow down on a two-lane highway assuming they can do so safely.

This law was recently expanded in October of 2012 when legislators pushed through a new requirement that the law extend to cover utility vehicles on the side of the road. This means that any utility vehicle with a flashing orange light should be given the same distance that emergency responders are given. For those drivers who refuse to follow the law, a mandatory $250 fine plus court costs will be assessed.

Police and other emergency work is already dangerous enough, such public servants should not have to take their lives in their hands every time they stop to help a stranded motorist on the side of the road. If you, or someone you know, have any questions regarding personal injury claims, please feel free to contact the experienced Charlotte, North Carolina personal injury lawyers at Arnold & Smith, PLLC for a free consultation. Call at 704-370-2828.