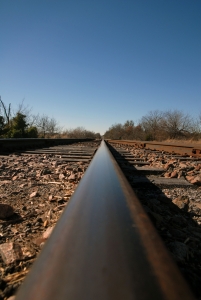 According to a recent Associated Press report, a terrible train crash in eastern North Carolina led to an entire town being evacuated as toxic chemicals were released into the surrounding area.

Authorities say that an evacuation order was issue for between 300 and 400 residents of Bladen County, NC after a CSX train derailed around 3:30 in the afternoon on Saturday. The train was carrying several chemicals, including some cars that were full of ammonia. As the CSX train was crossing a small bridge above a creek the structure gave way and at least 10 train cars fell into the stream.

Emergency responders realized that the overturned train was carrying toxic chemicals and that one of the derailed cars contained ammonia. Ammonia is a potentially explosive substance that can cause serious respiratory problems to those exposed. Given the risks associated with the chemicals, police evacuated hundreds of residents in close proximity to the crash site.

The evacuation order has since been lifted after CSX’s hazardous materials team determined the area was safe. The transport company says it intends to pump out the ammonia from the damaged car over the coming days and that residents in the area will be safe.

Given the time of day of the accident and the close proximity of the crash site to a populated area, it’s a miracle that the damage was not far worse. Transporting such dangerous chemicals through towns presents a real risk to unsuspecting residents who may find themselves in the wrong place at the wrong time.

Beyond the local residents, the welfare of the CSX crew should also be considered. After all, no one was closer to the chemicals than the conductor and engineer on the derailed train. When something as big and as heavy as a train crashes the damage is almost always serious and those who get up and go to work on such dangerous machines everyday should be assured that their safety is taken seriously by the companies that employ them.

Hopefully accidents like this one cause those in charge of transport security to sit up and take notice. After all, small steps towards better safety today can avoid accidents like this tomorrow. If you, or someone you know, have any questions regarding personal injury claims, please feel free to contact the experienced Charlotte, North Carolina personal injury lawyers at Arnold & Smith, PLLC for a free consultation. Call at 704-370-2828.