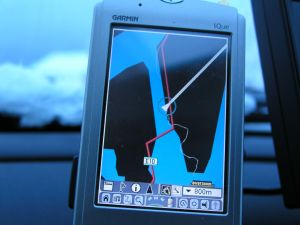 A terrible accident on I-485 last week left five people injured after a tractor-trailer carrying a mobile home crashed into other nearby vehicles. The accident happened just after noon on the I-485 inner loop just past Providence Road.

The Charlotte Fire Department said they were dispatched to the scene to save a person who was trapped in a car. All of the five people injured were taken to the CMC Main Hospital for treatment, three of whom were treated for life-threatening injuries.

An interview conducted by WCNC of several of the victims in the crash revealed that one survivor is suffering from multiple broken ribs, a broken leg and a broken arm. Two others in the same car also had several broken bones and are severely bruised. Despite the terrible injuries, they say they count themselves as lucky just to have survived.

One of the vehicles involved in the crash was a Toyota Prius that was following behind the semi acting as a pilot car. The driver says the crew had just pulled off the interstate to fix some plastic wrapping on the mobile home that had come loose. As they were stopped on the side of the interstate out of nowhere the Prius was smashed into by an SUV driver going at least 65 miles per hour along the shoulder of the road. Evidently the driver was attempting to program his GPS and had drifted out of the lane of traffic, not paying attention. The Prius was hit so hard that the front end was smashed into the back of the mobile home and the back end was smashed into the SUV.

The victims in the Prius were trapped in the wreckage and kept falling in and out of consciousness as rescuers tried to extract them. Two of the passengers were finally pulled from the wreckage after 20 minutes, but the driver was stuck in the smashed car for almost 40 minutes.

As terrible as the accident was, it could have been much, much worse. The victims in the Prius say that had the car been positioned slightly differently, it would have been pushed into the beams of the flatbed, something that would have surely decapitated all of them. Instead, the Prius was positioned between the beams and the passengers survived the crash.

As North Carolina personal injury attorneys, we have represented many innocent victims who have been hit by distracted drivers. The driver of the SUV appears to be the sole cause of the accident, and all because he was busy messing with this GPS. If you, or someone you know, have any questions regarding personal injury claims, please feel free to contact the experienced injury lawyers in Charlotte, North Carolina at Arnold & Smith, PLLC for a free consultation. Call at 704-370-2828.