Though nearly four years have gone by, the tragic shooting at an Aurora, Colorado movie theater is still fresh in many people’s minds. Expect more reminders of the terrible events over the coming weeks as jury selection begins this week in the first civil trial to take place in the wake of the deadly rampage. Though you might imagine that the perpetrator was being sued by his victims, the defendant in this case is the movie theater chain, Cinemark, where the deadly events occurred. 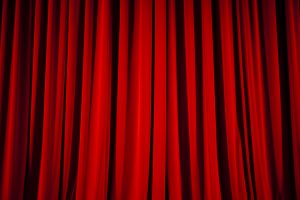 The shooting took place back in July of 2012, at a midnight showing of the Batman movie, “The Dark Knight Rises”. James Holmes, the killer and a former grad student, began his attack at the back door of the movie theater and opened fire on the unsuspecting crowd with a semiautomatic rifle, a shotgun and a pistol. The attack left 12 people dead and 70 wounded. Holmes has since been tried for murder and, though he pled innocent by reason of insanity, was found guilty last year and sentenced to life in prison.

The current case has been brought by more than two-dozen plaintiffs, including some of the survivors and loved ones of those who passed away. The group chose to sue Cinemark, owner of the Century 16 theater where the shooting occurred, for personal injury and wrongful death. The plaintiffs claim that the owners of the theater made several mistakes with regard to security and believe that these mistakes led directly to the harm they eventually suffered.

The lawsuit specifically faults Cinemark for failing to hire sufficient security personnel to protect customers. Plaintiffs claim that the chain had a previous history of shootings and violence and, as such, was on notice that such an event could occur again. Plaintiffs also fault Cinemark for failing to install a sufficient number of surveillance cameras around the theater and for failing to repair a faulty emergency exit alarm at the back door of the theater. Holmes would eventually enter in through that door and, when he did so, the alarm failed to sound.

The plaintiffs allege that Cinemark was negligent for failing to notify local movie theater managers of a Department of Homeland Security advisory bulletin that was issued only two months prior to the shooting, which warned that movie theaters had been found to be potential targets for terrorism. The plaintiffs’ argument boils down to claiming that the theater company was aware of potential danger to its customers and failed to take reasonable steps to ensure their safety.

The theater has, unsurprisingly, vehemently disputed its negligence. Lawyers for Cinemark say that the case should be dismissed because the chain did not have a legal duty to foresee the mass murder nor did it have a legal duty to prevent it. The plaintiffs are seeking as yet unspecified damages, including medical expenses, lost wages and earning potential. They’re also seeking damages for pain, suffering and emotional distress. If the state court case runs into trouble, plaintiffs have also filed a personal injury case in federal court.