Automakers continue to incorporate newer and more sophisticated technology into vehicles, the goal being to make driving easier. Though some of the changes are certainly beneficial (better seatbelts, safer airbags, blind spot warning technology, etc.) others can have serious consequences if used incorrectly. One seemingly benign advancement which has proven to be deadly in some particularly tragic circumstances is the keyless ignition system that now appears in the vast majority of new vehicles. 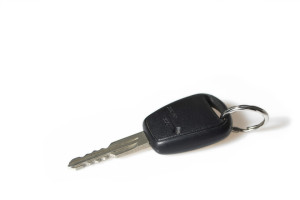 Though this might be fine in theory, there are some serious risks associated with the new keyless ignition systems. First, the change is a dramatic one and takes time to adjust to, especially for older drivers who have spent decades training themselves to remove the keys from the ignition when leaving their vehicle. Because the key chain often had keys to the house, remembering to remove them and thus turn off the car was required. Not so with the new keyless ignition systems which allow drivers to keep the keys in their pockets or purse and simply walk out of a running car. Especially in cars with quiet engines, it can be difficult if not impossible to know the car was left running.

The trouble is that leaving a car running isn’t like leaving your lights on. While the latter may be inconvenient, the former can be deadly. A recent study found that since 2009, 14 people have died from leaving their keyless ignition vehicles running after pulling into their garage. The quiet cars continue running, spewing out noxious carbon monoxide gas, slowly and silently poisoning occupants of the home.

Such a tragedy has happened in North Carolina at least twice in recent years. First, a college professor in Davidson, NC died in 2012 after leaving his Chrysler running in the garage of his townhome. The victim’s son said his father mistakenly believed the car would eventually turn itself off. Just this year, a family of three in Mooresville, NC was hospitalized after police say their push-button start vehicle was accidently left running in the garage.

So who’s to blame? Is it the car companies for installing potentially deadly systems in vehicles and failing to properly warn drivers of the danger? Is it the government, for failing to require car companies to make changes once it became clear people were dying? Or is it the driver’s fault, for being careless and failing to understand how the vehicles operate? The answer remains to be seen, though experts expect clarity in the coming months as several lawsuits make their way through the court system. Though many cases have ended in settlements, with the results being sealed from public view, a few cases are currently before judges and one class-action suit is pending in California. Additionally, the National Highway Traffic Safety Administration is expected to release new guidelines concerning keyless ignition systems sometime next year. The hope is that between new government regulations and potentially costly lawsuits, car makers wake up to the danger posed by their supposedly helpful new technology.