With the recent landfall of Hurricane Patricia in Mexico and the ensuing rains and storms across the United States, it may be useful to brush up on liability associated with falling trees. It’s something that rarely crosses most people’s minds until it’s too late. When a tree falls and injures another person or their property, it can come as a costly surprise to everyone. To find out what happens when a tree falls in North Carolina, keep reading. 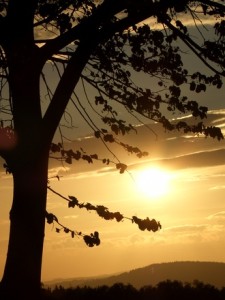 When are you liable?

Let’s say a tree falls from your property and lands on a car located at the neighbor’s house, are you responsible? Sadly, the answer isn’t as easy as a yes or no. The first factor that comes into play is where the incident occurred, was this in an urbanized area or an undeveloped piece of farmland? If the land is undeveloped and the person who owns the property has never seen or known of the potentially dangerous tree, he or she will most likely avoid liability. If the incident occurs in a suburb, the calculation changes completely. In urbanized or developed land, owners are expected to exercise reasonable care to ensure that their trees do not cause injury to others.

In North Carolina, this boils down to a basic negligence standard, meaning a landowner would be liable in cases where they have failed to exercise reasonable care or common prudence and that failure resulted in damage to another party. To prove this, the victim would need to show that the landowner had either actual or constructive knowledge of a defect in the tree which led to its eventual collapse.

One possible defense to claims of damage over a fallen tree is that the victim was partially responsible for causing the harm. In North Carolina, if the victim of an accident is found to have contributed to the underlying problem, he or she can be barred from receiving any financial relief. An example of contributory negligence would be if landowner A had a dead maple tree on the edge of his property that fell onto a car owned by landowner B. Landowner A knew about the dead tree and did nothing to fix the problem, but at trial it was revealed that B also knew of the damage and had asked A for permission to remove the unsightly tree and use the scraps as firewood. A left town, assuming B had indeed had the tree removed and only discovered later, after it fell, that B had failed to take action, instead continuing to park his car under the tree the entire time. Despite knowing about the dead tree, A would likely avoid liability for the harm it caused after falling because B was contributorily negligent.

Another defense to claims of responsibility is that the event causing the harm was an act of God. This means that if the incident occurred without human intervention and could not have been avoided due to the reasonable care of one party, it is an act of God. In these cases, as long as the landowner exercised proper care and had no knowledge of any problems, a tree downed by an act of God will be the responsibility of the damaged party, not the landowner.

For the normal person, what do all the exceptions and defenses mean when it comes to falling trees? It can be confusing, but generally a landowner needs to pay attention to the condition of their trees and even the condition of those on your neighbor’s property. Courts have made clear that they aren’t sympathetic to owners who could have avoided costly trouble by spending a small amount of time or money to inspect the safety of their trees.