Most people know how to take simple steps to protect their family from harm. Families install smoke detectors and lock their doors. They put child locks on cabinets containing chemicals and other harmful products. The wear their seatbelts. Though all are important, it’s scary to think about how many harms hide just beneath the surface, harms that almost no one can guard against. Two major chemical companies recently announced that they had agreed to settle thousands of cases related to just such a hidden problem. 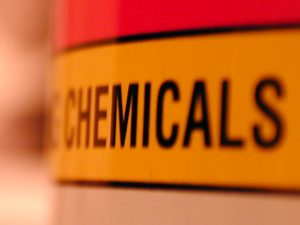 The issue began as far back as 1950, when DuPont, the chemical company, began mixing a number of toxic chemicals to make Teflon, the coating used to make pots and pans non-stick. One of the chemicals used in the process is known as PFOA or C-8 and was used at one of the company’s plants in Parkersburg, West Virginia.

Unbeknownst to local residents, C-8 had begun to contaminate local water supplies due to a leak in one of the plant’s storage facilities. The toxic compound then found its way into people’s drinking water, slowly poisoning thousands of area residents. Thankfully, the issue was uncovered and back in 2001, a group of plaintiffs filed a class action suit against DuPont.

In 2004, DuPont agreed to take a small step to benefit residents of the town and began funding a medical monitoring program as well paying for the installation of new water treatment systems. The monitoring program involved creation of a panel of scientists to discover if C-8 was linked to certain diseases. The panel concluded that the chemical was tied to several diseases, including kidney cancer, testicular cancer, ulcerative colitis, thyroid problems, and pregnancy-induced hypertension and high cholesterol.

More than 3,500 personal injury claims were filed against DuPont and it’s subsidiary Chemours (which DuPoint spun off in 2015). Several of these cases had recently made their way before a judge. In one case, a jury awarded a plaintiff $12.5 million, including more than $10 million in punitive damages. This decision was handed down last month and most experts believe it served as the push DuPont needed to bring the issue to a close. Financial analysts feared that by continue to litigate these cases, the company could be exposed to nearly $1 billion in damages.

Given the tremendous potential loss, the company started negotiating seriously with plaintiffs’ attorneys and revealed the settlement earlier this week. DuPont and Chemours will jointly pay plaintiffs $671 million in cash to settle the thousands of claims related to the C-8 chemical leak. Financial analysts rejoiced at the news, sending the stocks of both companies higher, with many believing the companies got a good deal. It remains to be seen whether this will prove such a good deal for the thousands of innocent individuals who were unknowingly poisoned by the giant chemical company. Only time will tell if the money is enough to compensate for the serious harm that was done.