Injured patients have been watching and waiting for a result in the second of what will likely be many personal injury lawsuits against Johnson & Johnson over its DePuy metal-on-metal hip implants. The wait is now over as a jury in Texas came back after a week of deliberations and found that the hip implants were defectively designed. As a result of the defective design and lack of warning by Johnson & Johnson, jurors awarded a total of $500 million to a pool of five plaintiffs. 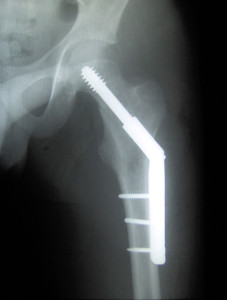 The judgment against J&J included $140 million in compensatory damages and about $360 million in punitive damages. Though the numbers are initially shocking, the reality is that the verdict will almost surely be reduced. Not only will appeals result in some reduction, but Texas law limits the amount of punitive damages that can be awarded, so the $360 million component may get knocked down to as little as $10 million.

The result is seen by many in the legal community as an important one given that it’s the second time J&J has fought a lawsuit related to injuries caused by its hip implants. Back in 2014, the first trial ended in a verdict that was decisively favorable to J&J. Many wondered whether J&J would be able to avoid liability entirely, something that now appears unlikely given the overwhelming victory by plaintiffs.

In this case, five Texas plaintiffs filed suit after they were given metal-on-metal Pinnacle hip implants. The plaintiffs argued that the devices had inherent design flaws, which caused them to fail much more easily and much more quickly than anticipated. The failures resulted in bone erosion, damage to tissue and high level of metal fragments in patients’ blood. Eventually, the devices had to be removed and another painful hip replacement surgery endured.

Plaintiffs argued that J&J was aware of the harm these devices could cause yet it continued aggressively marketing them to patients. Specifically, J&J would target younger, active patients saying these new devices would lead to a better quality of life, something that proved woefully untrue.

Though it’s important to note that this verdict won’t directly determine the result of future cases, it is helpful in gauging the value of future claims, especially if J&J decides, as many suspects, to try and settle claims out of court. Currently more than 8,000 separate lawsuits have been filed against J&J in the Texas federal court.

This isn’t the first time that Johnson & Johnson has dealt with these issues. Back in 2013, another version of a metal-on-metal hip implant, called the ASR, proved costly for the company. The ASR had been recalled in 2010 and J&J had to pay out $2.5 billion to settle some 7,000 lawsuits related to harm caused by the device. It remains to be seen how much the latest hip implant issues cost the company though, given the recent verdict, many believe settling the cases won’t come cheap.

By Booyabazooka [GFDL (http://www.gnu.org/copyleft/fdl.html) or CC-BY-SA-3.0 (http://creativecommons.org/licenses/by-sa/3.0/)], via Wikimedia Commons