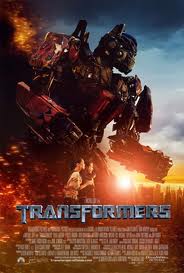 According to a recent report by the Charlotte Observer, a young woman was injured on the set of the third Transformers movie and has received a significant personal injury settlement. Personal injuries can sometimes be freak accidents that no one expects. However, if someone failed to do something they were supposed to do, regardless of whether it was an accident, legal liability will exist. That is what happened in this case.

Nearly two years ago in September 2010, Gabriela Cedillo was working as an extra on the set of the third “Transformers” film. She was in a scene with other vehicles and a stunt vehicle. During the filming of the scene, a steel cable snapped, came into Cedillo’s car and hit her in the head. A truck had been pulling the stunt vehicle, which was unoccupied, that was set to roll over in the movie scene. Cedillo, like all of the other extras on the set that day, was in her own car. The truck was pulling the stunt vehicle by the cable, but the cable snapped and smacked her in the head.

Cedillo’s lawyer says that as a result of the injuries, she has significant brain damage. She has had to have numerous surgeries. The cable took off a portion of her skull and her brain. She now suffers from hallucinations, loss of memory, and some limited loss of movement on the left side of her body. A portion of the $18.5 million settlement she was awarded was set aside to pay for her constant medical care.

Cedillo sued Paramount Pictures on a negligence theory, alleging that the way that it set up its stunts was faulty. Her attorney believed that the steel cable snapped because it was not welded properly. He said, “Our view was that, if you do welds properly, things like this don’t happen.” This seems like the underlying theory was the case was based on a complex legal term called “res ipsa loquitur.” It translates to “the thing speaks for itself.” It is a way to proving part of the theory of negligence. If an actor had exclusive control over a thing that caused the injury and without negligence the injury would not have happened, it is presumed that there was some negligence involved, even if there is no specific evidence of negligence. Smith’s contention that an improper weld is the only thing that could have caused the cable to snap sounds similar to res ipsa loquitur. Whatever his theory, Paramount found it more beneficial to settle, which kept Cedillo and her family from having to endure the anxiety of a trial.

If you have been injured in Charlotte and you would like to speak to a Charlotte personal injury attorney about your case, please do not hesitate to call the personal injury lawyers at Arnold & Smith, PLLC. We will work hard to get you what you deserve. Call today for a free consultation at 704-370-2828.