It’s not too often you hear about gunslingers engaged in workers’ comp cases, but an accident late last month in the mountains of North Carolina resulted in just that. In a bizarre work-related injury case out of Maggie Valley, a gunfighter was wounded during a fake fight and now, understandably, wants to be compensated for his injuries. 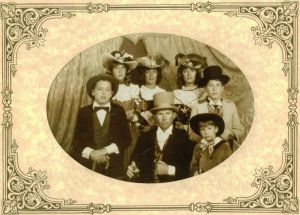 Robert Bradley, a longtime employee of the Ghost Town amusement park in Maggie Valley, spent decades working as a fake gunfighter in the park’s Wild West Town. The attraction, one of the most popular at the park, requires Bradley and others to stage shootouts for the amusement of guests. While the fake shootouts are normally uneventful, things took a surprising turn a few weeks ago when Bradley was injured performing a scene he had done hundreds of times before.

According to Bradley, in the middle of a shootout he was hit in the right thigh by an as yet unknown projectile from the gun of another performer. Though police deemed the incident accidental and in no way suspicious, it did lead to a serious injury for Bradley. Authorities say the projectile was lodged 1.5 inches into his leg and that Bradley had to be rushed to an emergency room where he was asked to submit to a drug test.

Bradley refused to submit to the drug test, saying that he thinks such tests are merely ways for insurance companies to avoid paying workers’ for legitimate injuries. Given his refusal he was afraid the company might not pay his hospital bills since such tests are often prerequisites for handling an injury claim. Experts say that while a refusal can lead to delays in payments, it does not necessarily mean Bradley will never see money for his injury. Since the incident, Bradley says he has been contacted by a workers’ comp representative who asked that he forward along his medical bills. Though this does not mean Bradley’s troubles are over, it’s a good indication that his case is moving forward.

Bradley says he no longer works at Ghost Town because managers fired him and the other gunfighter involved in the accident. In response to the firing, two other gunfighters walked off the job in protest, claiming that Ghost Town was in the wrong and that there was no reason to fire the two men.

The North Carolina Department of Labor has also announced that it has launched an investigation into the amusement park given a total lack of medical personnel on-site at the time of the accident, something the park is required to provide. The Department of Labor also claims that the first aid available was out of date and that there was not even any water available to wash the blood off of Bradley’s hands.