AAA of the Carolinas recently released its annual list of the most dangerous counties in the state for drivers. They list the counties according to various categories of accidents, including a general category for all accidents, one for motorcycles and another for tractor-trailer collisions. 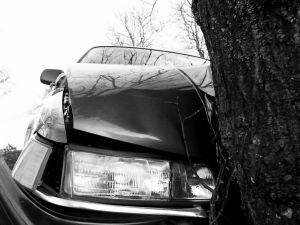 Though AAA notes the dangers to drivers in the counties, the organization says it is difficult to pinpoint exactly why some counties are more dangerous than others. AAA says that New Hanover frequently ranks high on lists of deadly counties likely because of the large number of tourists in the area who are unfamiliar with local roads. Pitt, New Hanover and Watauga all contain college towns, a risk factor that is linked with more dangerous accidents.

Mountain communities frequently make up the list of the most dangerous counties for motorcycle accidents due to twisty roads and steep cliffs. According to AAA, the most dangerous county in North Carolina for motorcycle crashes is Graham County, a place that has topped the lists for other categories in years past. Graham County is home to the “Tail of the Dragon,” a scenic road that is 11 miles long with 318 curves and popular with motorcyclists.

AAA says the places that present the highest risk of deadly tractor-trailer accidents include Tyrrell, Warren, Northampton, Polk and Montgomery counties. The overall deadliest county in the state for drivers was Mecklenburg, with 69 traffic deaths. Wake (61) was second, followed by Cumberland (50), Robeson (47) and Guilford (39). Total traffic fatalities last year were up four percent, a dangerous trend that safety experts hope is not continued in 2013.

AAA says it hopes that counties who consistently rank among the most dangerous in the state will view the list as a wake up call and implement badly needed changes to improve traffic conditions and better protect drivers.