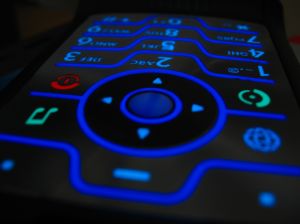 A young college student from Texas says he is lucky to be alive after surviving a terrible crash that occurred while he was texting. The student’s, Chance Bothe, truck plunged off of a bridge and into a ravine. Terrifyingly, the accident occurred right after Chance wrote the following message to a friend: “I need to quit texting, because I could die in a car accident.”

The crash left Chance horribly injured. The 21-year-old student had a broken neck, a crushed face, a fractured skull, and traumatic brain injuries. He also had to have doctors bring him back to life three times. Chance spent the last six months in intense recovery in the hospital and is only just now able to speak about the accident.

Now, he believes it’s his mission to urge other drivers to stop texting, or else they may experience a similar fate. “I know I died like three times but God didn’t keep me away from coming back here. I have a higher purpose in being here. And I think it’s to tell everyone not to text message and drive.”

According to Distraction.gov, 3,092 people in 2010 were killed in crashes involving a distracted driver – meaning those who are either texting, eating, adjusting their radio, or talking on their cell phone. 416,000 people were injured in accidents from these same types of distractions. A startling 18% of injury crashes in 2010 were reported as distraction-affected crashes.

A study by Car and Driver Magazine in 2009 pitted the dangers of texting while driving against the effects of driving drunk to see which would be more dangerous, under the same conditions. Measuring the time it takes to brake after being alerted by a red light to stop, the reaction time was recorded for when legally drunk, reading email, and sending a text. Texting, by far, elicited the slowest response time.

If you, or someone you know, have any questions regarding personal injury claims, please feel free to contact the experienced Monroe, North Carolina personal injury lawyers at Arnold & Smith, PLLC for a free consultation. Call at 704-370-2828.