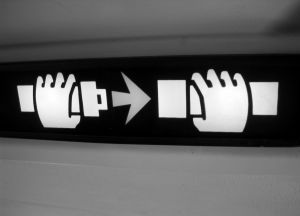 Police in Salisbury have announced that a young boy, who was killed in a car crash, was not wearing a seat belt at the time of the collision. The 12-year-old tragically died on impact during a crash last month.

Police say the driver of the boy’s car was driving east on Airport Road when she tried to turn left into a parking lot at 1010 Airport Road. The driver turned in front of an oncoming Jeep Cherokee, and the Jeep struck the Honda, pushing it into a phone pole. No one in the Jeep was injured.

At this time no charges have been filed against either of the drivers as police continue an investigation into the circumstances. This wreck demonstrates what we already know: every hour someone dies in America simply because they chose not to buckle up. Despite the fact that safety belts are the most effective means of reducing fatalities and serious injuries, sadly, many adults and children simple don’t feel the need to use them.

Motor vehicle crashes are the leading cause of death among those between the ages of five and 34. An astounding 2.3 million adult drivers and passengers were treated in emergency departments as the result of being injured in motor vehicle crashes in 2009. The Centers for Disease Control says that adults who do not use safety belts may think that their behavior only affects them, but they are wrong. Studies consistently show that there is a correlation between adult belt use and child belt use. According to National Highway Traffic Safety Administration (NHTSA), when a driver is buckled, 94 percent of the time children in that vehicle are buckled; but, when a driver is unbuckled, only 30 percent of child passengers are buckled. What parent wants to pass along such a dangerous habit?

Beyond the physical harm of not wearing seatbelts, there’s a monetary impact as well. Vehicle crash costs skyrocket when occupants aren’t wearing seat belts, because unbelted victims sustain more severe injuries. Of the people who survive car crashes, unbelted victims stay three-to-five times longer in a hospital and incur two-to-seven times the medical costs of those wearing safety belts, according to the NHTSA.