Humayun Akhtar purchased a parcel of real property in Florham Park, New Jersey where he planned to build a dream home for him and his wife. The dream home turned into a nightmare for Akhtar after a plumber discovered cracks in the structure’s foundation. Eight years after the home’s construction, Akhtar and his wife have yet to live a single night in it. 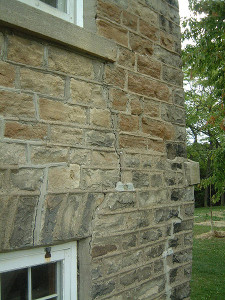 Akhtar purchased the parcel and planned a 4,400-square-foot home at a cost of $1.6 million. The former scientist contracted with a builder and construction agent to erect the dwelling.

After defects were discovered in the home’s construction, Akhtar sued the developer, the construction agent and the engineer who signed off on retaining walls erected by the developer that were supposed to support the home on its steeply sloping eastern side.

According to an opinion in Akhtar’s case against the engineer who drafted the grading plan for the lot, the grading plan called for two retaining walls on the home’s eastern side, but JDN Properties—the home’s builder—deviated from the plan by constructing “a much longer, higher wall along the property’s eastern side.” JDN had to secure a letter from the engineer that the wall had been built according to manufacturer specifications, since the deviation was made without municipal approval.

The engineer provided the letter. That, Akhtar alleged, breached the applicable standard of care because the engineer “issued the letter without investigating how the wall was built.” Akhtar’s malpractice case against the engineer is still pending.

After a hearing in the case, Judge Dumont concluded that the Akhtars had carried their burden of proof by demonstrating that concrete footings that were supposed to be spaced by three feet were instead spaced at eighteen inches. In addition, the judge found, soil conditions were insufficient to support the weight of the home, causing it to—in effect—begin to slowly slide down a hill on its eastern flank.

Judge Dumont awarded the Akhtars for $7.4 million, but JDN appealed, arguing that Akhtar had refused to allow the company to repair the problems before they worsened.

Akhtar responded to the appeal, arguing that he did not trust the builder to competently repair the foundation damage that had resulted from its shoddy work.

Akhtar contends that he spent his life savings on the house. His attorney, David Stanziale, told ABC News that the property is now going through foreclosure.