Police investigators with the Asheville Police Department have announced that a woman from Candler, NC died and several others were injured due to distracted driving. Specifically, officers say they found three phones, two of which were open, in the car of Donna May, the woman who ultimately died after the three-car wreck.

Police say they are currently in the process of gathering evidence about what May was using the phones for at the time of the deadly accident. A judge from Buncombe County approved a request by the police to download information contained on the phones to help piece the events of that morning together.

So far, investigators say they know that May was driving east on I-40 in her Ford Thunderbird headed towards the exit ramp for I-26 a little after nine in the morning when she slammed into the back of a Land Rover. May was driving quickly in very congested, morning rush hour traffic and, given her distraction, did not see that the exit ramp was backed up. She then drove directly into the Land Rover, hitting it hard enough to push it into a Ford van. May was taken to a local hospital where she later died from her injuries. Two passengers in the Land Rover were also hospitalized, but have since been released after receiving treatment. 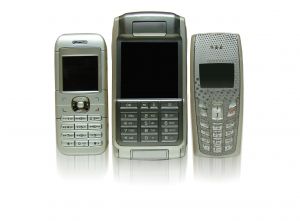 The dangers of distracted driving are clear and law enforcement officials have taken pains to remind drivers about how using cellphones while driving can greatly increase your risk of being involved in an accident. Every single day distracted driving is thought to contribute to 8,000 car accidents. AAA says that those drivers using cellphones while behind the wheel quadruple their risk of being in an accident.

Statistics gathered by the National Highway Traffic Safety Administration revealed that in 2011, 3,331 people died in accidents involving a distracted driver. That same year a horrifying 387,000 people were injured in distracted driving crashes, some seriously.

Though North Carolina has a law in place that makes it illegal to text while driving, the legislature has never been able to pass a law that makes it illegal to talk on mobile phones. A similar proposal was floated in 2011 but failed to receive the necessary votes. Just last year the NTSB issued a recommendation that all states should completely ban the use of cellphones while driving as a way of safeguarding the public.

“Cellphone use suspected in fatal Asheville crash,” by Clarke Morrison, published at Citizen-Times.com.