The Federal Occupational Safety and Health Administration has issued a statement regarding the tragic explosion at a Statesville, NC flour mill that took place over the weekend. One worker at the Bartlett Milling Company was seriously injured when the explosion led to a fire and eventually to a wall collapse at the mill. Though the accident is already tragic, the statement from OSHA reveals that the accident was entirely preventable.

The accident happened as two maintenance employees were repairing a piece of equipment in the basement of the mill. One of the two workers turned the power back on which caused a spark and a flash fire. A second man who was also in the basement at the time was injured in the explosion. Thankfully, a coworker was able to get the man out of the building safely. The worker was then taken by helicopter to a local hospital for treatment. 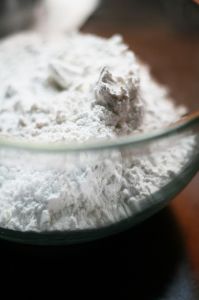 OSHA has said that a preliminary investigation found that an unacceptable level of accumulated combustible flour dust is likely the cause of the terrible explosion. The issue is one that is easily prevented with proper cleaning and maintenance and should never have been allowed to develop into as big as a problem as was present in the Statesville incident.

Throughout the country, there have been 115 reported flour dust explosions between 1994 and 2003, according to the most recent numbers available, most of them happening in grain elevators. Surprising to many people is that flour dust that is suspended in air is more explosive than coal dust. Ever since the a terrible flour mill explosion in Minneapolis took place in 1878 and killed 18 workers, the milling industry has tried to reduce the risk of flour particles igniting into flour bombs. In fact, General Mills’ factories use explosion-proof motors for added protection.

Sadly, this is not the first time that a Bartlett Grain company has been in trouble for similar safety problems. Back in October of 2011, a grain elector in Kansas exploded, killing six workers. OSHA citied Bartlett Grain with 13 violations of workplace safety rules and fined the company more than $400,000.

Only six months ago an inspection of the Statesville flour mill turned up problems with accumulating explosive flour residue. OSHA cited Bartlett Milling with a safety violation, noting that potentially explosive grain should never be allowed to accumulate. Tragically, it appears the company did little to correct the problem, resulting in one worker seriously injured who is now paying the price for that negligence.