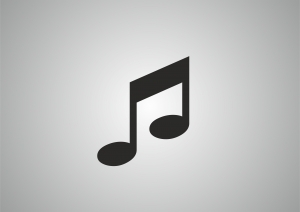 In the last few years, traffic safety officials both in North Carolina and at the federal level have been focused on distracted driving, working to educate drivers on the dangers of talking, texting and emailing on mobile devices when behind the wheel. In doing so, however, it seems that many people are no longer focused on some of the more traditional forms of distraction while driving, such as eating and drinking, changing the radio and putting on makeup.

Now, a new study, mentioned in an ABC News article, appears to indicate that it may be time to direct more attention toward some of these other forms of behind-the-wheel distraction. In the study, researchers found that drivers who listen or sing along to their favorite tunes are more likely to get into car accidents than drivers who do not play music in the car.

The study was conducted recently by researchers in Australia, and the results of the study have been published in the journal Accident Analysis and Prevention. The researchers were specifically looking at how driving abilities were impacted by singing or listening to music in the car. The researchers attempted to compare how driving abilities were impacted when a person was singing and driving as opposed to when the driver was just listening or had no music on at all.

The researcher put drivers (a total of 21 individuals) through a simulation exercise. They were each tested on how well they were able to concentrate on driving while they were exposed to music. The researchers found that drivers who were listening to music on their car radio, or singing along to the radio, were much slower to respond or react to emergency situations than those drivers who had no music on in the car.

The researchers found that listening to music behind the wheel created significant risks of which most drivers are unaware or unconcerned. However, they say, those risks should be taken seriously. “Although secondary tasks vary in the degree to which they distract the driver,” the researchers wrote, “any activity that competes for the attention of the driver has the potential to degrade driving performance and may have serious consequences for road safety.”

We’ve pointed out the dangers of distracted driving many times before (Car Accident Caused by Texting While Driving). People forget that when they step behind the wheel of a car they are operating a potentially deadly machine, not something that should be taken so lightly. If you, or someone you know, have any questions regarding personal injury claims, please feel free to contact the experienced Charlotte, North Carolina personal injury lawyers at Arnold & Smith, PLLC for a free consultation. Call at 704-370-2828.