Police in Charlotte have said they are currently searching for the driver of a gold Cadillac which they believe might have been responsible for a recent accident along Brookshire Boulevard that sent four people to the hospital. 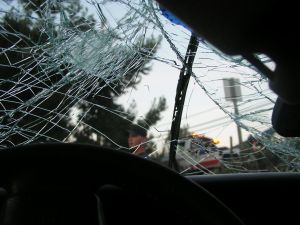 The accident took place on the morning of November 11 near the 5700 block of Brookshire Boulevard near Hoskins Road. Police say that a 1998 Honda Civic was heading inbound on Brookshire when its left tires ran off the road into the grassy median. The driver, afraid of driving off the road, overcorrected and ultimately lost control of the vehicle, with the Civic sliding across the median into oncoming traffic.

Police say that the Civic then collided with the front of an oncoming 2005 Ford Expedition that was heading inbound. The accident was almost completely head-on, a very dangerous variety of accident that often results in serious injuries or even death. In fact, studies have shown that while head-on accidents only make up about 2 percent of all car accidents, they account for 10 percent of all fatal accidents.

Police say that after interviewing several witnesses to the crash they were told that another vehicle was involved in the accident, but that the driver chose to flee the scene of the wreck. Officers say they were told that a gold or tan Cadillac merged into the Honda’s lane of traffic, which then forced the driver of the Honda to veer off the road into the median and ultimately lose control. Police say they do not yet know if the Cadillac and the Honda hit one another or not, but are eager to locate the driver of the vehicle.

The driver of the Cadillac may face criminal charges for his decision to leave the scene of the accident, especially if it is determined that his actions were the cause of all the serious injuries. In North Carolina, not only is it wrong to leave the scene of an accident, it is illegal and anyone who decides to do so faces the risk of not only criminal sanctions but hefty civil claims for damage.

“Police looking for driver in crash that injured 2 children, 2 adults,” published at WBTV.com.