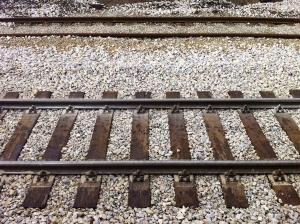 According to a recent report by WBTV.com, Charlotte light rail train riders received a shock last week when one of the trains was involved in an accident with a car. On Wednesday, April 25, 2012, all traffic on the rail lines was halted due to the accident. There were no reported fatalities, but six people were taken to the hospital with minor injuries.

The accident happened at the crossing at Remont Road and South Boulevard, at 8:30 p.m. There was a car sitting at the crossing, waiting for the train to completely pass by. All of the safety measures and lights were in working order that evening, or at least no one has reported that there was a malfunction with any of the warning signals. While the car was waiting for the train to pass, a Jeep approached the car and it through the protective arms onto the railroad tracks. As a result, both the lead car and the Jeep were in the train’s way as it was coming down the tracks.

Also, the car that was hit by the train was carrying three people. They were all taken to the hospital as well and treated for minor injuries. As yet there has been no word on when the injured parties will be released from the hospital. If these minor injuries turn into major injuries, the driver of the vehicles that caused the accident may be facing significant legal liability.

The injured passengers, the train company, and the driver of the lead car that was pushed onto the tracks by the Jeep all have potential legal claims against the driver of the Jeep. Even if alcohol was not involved, there is still the possibility that the accident could have resulted from negligence or even recklessness. If a trier of fact determines that the driver of the Jeep was negligent, he would be responsible for the injuries and the results of those injuries. If the trier of fact determines that the driver was reckless or acted with “willful or wanton” conduct, it is possible that a trier of fact could award additional damages as punishment for such conduct, called punitive damages.

All of the injured parties in this case might need the representation of a car accident lawyer in Charlotte, North Carolina to have best possible chance of recovering what they deserve. If you need the services of a personal injury law firm in Charlotte, North Carolina, please contact the attorneys at Arnold & Smith, PLLC. They are experienced and competent professionals and will provide you with legal representation. Call today for a free consultation at 704-370-2828.