Last week dozens of soldiers were injured in a bus accident along wet roads in Mooresville, North Carolina. Police have revealed that they have since charged the driver with failure to maintain lane control for his role in flipping the bus. 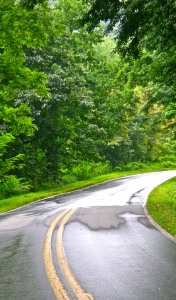 According to law enforcement officials, the driver was operating a charter bus that had been hired to transport 45 Army Reserve soldiers from the Charlotte airport back to their base in Salisbury. The troops had been away in Wisconsin on training exercises. At a little after 3 p.m. rain began to fall along N.C. 150 when the traffic suddenly came to a stop. The driver of the charter bus then slammed on his brakes, but the stopping didn’t happen fast enough. Instead, the bus spun off the road, overturning and skidding down a small hill, leaving a 15-foot muddy cut in the grass as it continued sliding.

Officers say the bus was one of two charter buses that were traveling together; thankfully the other bus was able to come to a complete stop safely. After the accident, 29 of the 45 troops on board had to be taken to hospitals for treatment of their injuries. One of the soldiers required emergency air transport while the rest were taken by ambulance. 14 other troops suffered minor injuries, but were able to receive treatment at the scene of the accident. Most of the troops were taken to Lake Norman Regional Medical Center and Iredell Memorial Hospital for treatment. The most severely injured solider was flown to Carolinas Medical Center here in Charlotte.

The accident highlights not only the dangers of driving on wet roads, but also of some of the harm that can occur to passengers on charter buses. These commercial bus operators have grown in popularity in recent years and, as they have grown, so has the number of accidents and injuries related with their use. Charter buses are large and typically carry big groups of passengers. Despite their size and potential for damage, most buses are unequipped with even the most basic safety features including airbags or seat belts. This lack of safety features means passengers are often incredibly vulnerable in the event of an accident, especially ones like this where the bus overturns.
Though charter buses may be large, that does not mean they do not have to follow the same rules of the road as everyone else when the roads are wet. Wet roads can make driving dangerous for those in any vehicle, even large commercial vehicles. Drivers of such heavy buses should be especially aware of the dangers of slick roads given that their vehicles can take much longer to come to a stop than passenger vehicles. Also, charter buses are often top-heavy and have a special risk of overturning, one reason why sudden stops or abrupt turns can be so dangerous.