Attorney Matthew R. Arnold answering the question: “Do I have to sign a release allowing the insurance company to get my medical records?”

City Council members in Raleigh, NC say they are examining the current location of bike lanes and whether the lanes are so tight that bicyclists are actually put in harms way. The reason for the examination is that some bikers have complained about being injured by “dooring”, the term for what happens when a bicyclist runs into an open car door. 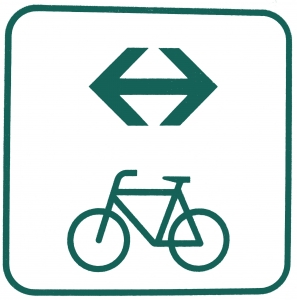 To help remedy the problem, a local cycling organization, Bicycle and Pedestrian Advisory Commission (BPAC), suggests that laws be changed to say that it is illegal for a motorist to open the door of their vehicle on the side that faces moving traffic unless it is reasonably safe to do so. Though dooring might seem like a minor annoyance, BPAC leaders say that the practice can frequently turn deadly. BPAC says that they hope local lawmakers in North Carolina will make it clear that it is the responsibility of the person opening their door to be sure that the door has sufficient clearance.

BPAC leaders said that they are working at the local level to push for dooring changes given that North Carolina is one of only 10 states across the country without a dooring law already in place. A survey of state laws found that besides North Carolina, the following states lack dooring regulations: Virginia, Connecticut, Indiana, Iowa, Kentucky, Michigan, New Jersey, Tennessee and West Virginia. Even Alaska, where there are surely few instances of cyclists being endangered on congested streets, has passed an anti-dooring law.

One council member noted that cyclists must also have some responsibility for their own safety and use common sense to stay alert when they see an approaching vehicle has just parked. The city council considered the dooring proposal, but said that before they feel comfortable voting on the issue they would like to have staff gather statistical data on the number of accidents that involve dooring and how best to remedy the problem.

According to the National Highway Traffic Safety Administration, 618 bicyclists died in crashes with passenger vehicles in 2010. This is out of a much larger group of more than 52,000 bicycle injuries that occur each year due to collisions with cars. The hope is that officials in North Carolina take action to tighten regulations to help protect cyclists from further harm.

“Bike Law Changes Proposed to Avoid Dangers of Getting “Doored”, by Jenna Lamotte-Kerr, published at RaleighPublicRecord.org.