Going under the knife can cause anyone a lengthy list of concerns, but catching on fire is not usually one of them.  However, numerous stories in the news this year have highlighted the disturbing frequency with which operating room fires actually occur. 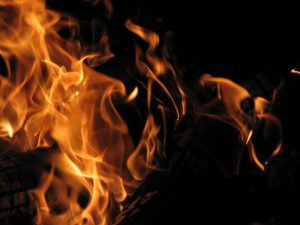 NBC reported March 2 that a series of patients have reported being the victims of severe burns while undergoing surgery at D.C.-area hospitals. At least four (4) of the incidents have triggered lawsuits and date back almost a decade, but safety advocates say that the frequency with which operating room fires still occur shows a lack of oversight from government agencies.

In New York, state Health Department investigators recently released a report slamming the NYU Langone Medical Center for defective safety procedures and communications that led to a patient’s face catching fire while in surgery in 2014. The report found that the hospital was not in compliance with federal regulations that govern anesthesia and surgery.

The problem isn’t just with the Langone Medical Center, an abundance of similar cases have also been reported in Florida. A surgical flash fire killed 89-year-old Adele Bearman in 2013 after leaving burns on over 25 percent of her body after she went under for a biopsy. Other patients have more recently had their faces covered in 2nd and 3rd-degree burns after going in for relatively minor surgeries.

So how is it that this nightmarish scenario is so common? And what happens to the victims?

NBC reported that there are about 650 operating room fires reported a year nationwide—and that’s just for the ones that are reported. Some states do not require hospitals to specify whether a fire originated in the operating room, or even report fires at all. Patients undergoing anesthesia receive oxygen, which is highly flammable. Similarly flammable gauze and cloths used during surgery provide friction and can act as kindling, while sanitizing alcohol can provide the fuel.

The New York investigation showed that a communication failure between the surgeon in that case and the anesthesiologist made the latter unaware that a certain instrument would be used in the procedure. Use of the instrument sparked a fire in the presence of oxygen that was being pumped to the patient through a mask connected to a wall outlet.

The report, released to the New York Post under a Freedom of Information Act request, was so heavily redacted that it does not reveal what instrument was being used that caused the spark, the nature of surgery, or even how badly the patient was injured.

The New York investigation also found that NYU Langone did not create and adequately immediate plan to prevent the recurrence of fire injury to surgery patients after the 2014 fire. It was not until after the Department of Health declared a state of immediate jeopardy that the hospital instituted new safety procedures. The new procedures included changing the hospital’s oxygen delivery method during surgeries that pose higher fire risks (such as those involving oxygen masks instead of nasal oxygen prongs).

Most of the victims from other states (or their families, in the case of those who have died) have settled lawsuits with the hospital. Victims reported severe burns across their face, nasal cavities and bodies; dental injuries; and post-traumatic stress.

Horror-Movie Dentist or “Extraction Extortion?” Man Sues After Dentist Pulls All His Teeth