Attorney Matthew R. Arnold answering the question: “If I am injured in a car accident what should I do?”

Police in High Point, North Carolina reported a terrible accident that occurred late last week when a postal worker was seriously injured after being struck by another vehicle. According to authorities, the accident happened at the intersection of Wise Avenue and Pershing Street just after noon. 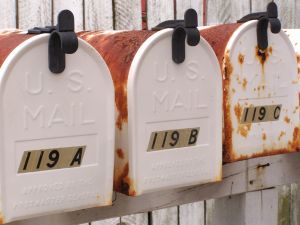 Authorities say that the postal worker, whose name has not yet been released, was inside her mail vehicle and was making a U-turn at the intersection when an oncoming vehicle struck her. The other vehicle was a pickup truck, which was heading east on Wise Avenue prior to the crash.

Police officers say that the force of the accident was serious enough that the postal worker was ejected from the vehicle, something that was likely responsible for the severity of her injuries. Emergency responders say the woman was taken to High Point Regional Medical Center and then, as her condition was discovered to be critical, was taken immediately to Wake Forest Medical Center for further treatment.

Data collected by the National Highway Traffic Safety Administration has revealed that in fatal accidents, speeding is the third leading contributing factor. That means that speeding ranks just after distracted driving and impaired driving as being responsible for thousands of deaths every year. In fact, statistics show that 13,000 lives are lost across the country every year due to speeding.

The problem with speeding is that the time you have to react to changing road conditions, such as another vehicle making a U-turn, is dramatically reduced. This means that drivers who are speeding often find themselves unable to slow down or steer out of the way of a potential hazard and are involved in serious car accidents as a result. Speeding also leads to a dramatic increase in the distanced needed to safely stop a vehicle, something that can be especially problematic on wet or icy roads.