The summer of 2013 was a joyous time for some same-sex couples. When the United States Supreme Court struck down parts of the Defense of Marriage Act (“DOMA”)—a 1996 Act signed into law by then-President Bill Clinton that prohibited the federal government from recognizing same-sex marriages—on equal protection grounds, same-sex couples across the United States became eligible for certain spousal benefits. 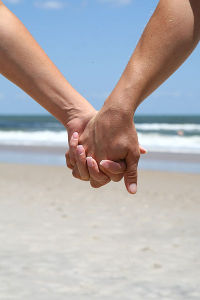 Public and private employers as well as federal and state legislatures have struggled with the complex ramifications of the DOMA decision. In some instances, employers merely needed to change policies to comport with the decision, while in others, state and federal statutes and administrative rules were placed in jeopardy and needed to be modified.

The Supreme Court’s 5-4 DOMA decision arose out of a case involving Edith Windsor—whose spouse Thea Spyer died in 2009. Windsor argued that she should not have to pay a $363,053 tax on Windsor’s estate. Federal law provides for an exemption from the tax for spouses. Although Windsor and Spyer married in Canada in 2007, under DOMA, spouses in same-sex marriages could not claim the exemption.

Ms. Schuett—who married Toboada-Hall in the hospital a day before Ms. Toboada-Hall passed away—is relying on the Supreme Court’s decision in the Windsor case to argue that she is entitled to Ms. Toboada-Hall’s pension benefits. She recently brought suit in federal court, arguing that the Windsor decision should apply retroactively.

Ms. Schuett told NBC News that she and Toboada-Hall discovered “at the eleventh hour” that the FedEx would deny the pension benefit—worth around $400,000—on the basis of DOMA. According to Ms. Schuett, Ms. Toboada-Hall was concerned about what would happen to Ms. Schuett and their two children after her death. A California judge ruled that the women’s marriage was valid, after Ms. Toboada-Hall’s death, setting the stage for Ms. Schuett’s lawsuit.

Joanna Youn, an attorney at the Washington, D.C. law firm of Caplin & Drysdale, told the Society of Human Resource Management in 2013 that whether the Windsor ruling provided relief to same-sex couples retroactively was one of the major unanswered questions that arose in the wake of Windsor.

Youn said the Internal Revenue Service would have to issue rules guidance on the more-than 1,000 federal laws that address the treatment of spouses under the federal tax code. Windsor was a tax case, but the ruling probably extends to cases like Ms. Schuett’s that involve the payment of spousal death benefits.

Ultimately, courts, legislatures and rulemaking authorities will have to decide the thorny issues on Windsor’s retroactive application.

If you find yourself facing a complicated personal-injury-law matter, then you need the help of experienced personal-injury law attorneys in Charlotte, North Carolina who can help guide you through the process of holding those responsible for your injuries accountable for their negligent or intentional conduct. Please contact Arnold & Smith, PLLC today at (704) 370-2828 or find additional resources here.

Woman claims anxiety over work commute entitles her to damages