There’s a lot of work that goes into preparing a personal injury case for trial. In addition to gathering evidence, talking to witnesses, analyzing medical records and constructing a theory for your case, the lawyer in charge will also need to think through the best way to relay the harm suffered to the judge or jury tasked with awarding damages. All the evidence in the world is of little use if the person deciding your case isn’t able to fully appreciate the extent of the harm suffered. This gap between the pain of the plaintiff and the judge or jury’s ability to understand has long proved problematic in personal injury cases and can make it difficult to secure awards that appropriately value the injuries that occurred. 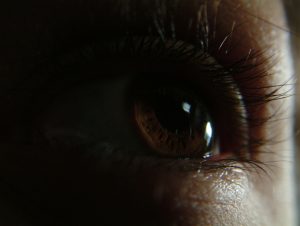 One way that personal injury attorneys have sought to solve the problem is to bring in expert witnesses. These experts can take complicated medical records or confusing technical facts and explain them to fact finders in a way that is easier to understand. The problem with experts, though, is that they are typically not emotionally invested in the case given that they are outside observers. Lawyers can compensate by having the victim or the victim’s family members testify, an attempt to put a personal face on the harm that was suffered.

Though these go a long way in bridging the gap between plaintiff and fact finder, there can still be things that are lost along the way. A law professor from Quinnipiac University recently wrote a book discussing another technique, known as sensory testimony, that might prove useful in putting the fact finder in the shoes of the plaintiff. The professor, Neal Feigenson, says that words alone are often not enough to convey the richness of an event. A description, even a detailed and evocative one, is no substitute for experiencing the event yourself.

According to the professor, some creative attorneys are taking steps to solve this problem. In one example, a man suffered from a bad case of tinnitus (ringing in the ears) that was caused when a wheel on his car exploded in his face. At trial his lawyer tried to recreate the exact noise the plaintiff was hearing and a sample was played to jurors through headphones that they were allowed to listen to for as long as they wanted. The jury eventually came back with a $1.2 million verdict, one of the largest ever seen in the area.

Experts say this kind of sensory testimony can prove incredibly effective. It easily does something lawyers are constantly attempting to do: to get the jury to sympathize with the victim by putting them in the victim’s shoes. Though it’s been shown to be effective, it’s not widely used. One reason is that it can be expensive to put together such elaborate displays. Another is that judges have been skeptical about allowing the introduction of a new and potentially controversial form of evidence. Finally, too few people are aware that such a possibility exists, though, if cases like these continue to secure such big victories it will only be a matter of time before others catch on.