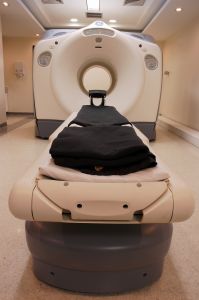 In a recent op-ed in The New York Times, Dr. Sanjay Gupta explored the relationship between the increase in treatments and tests ordered by many doctors and the possibly corresponding rise in the number of medical errors made by doctors. These medical mistakes, many of which can be life threatening to patients, might be able to be avoided if doctors simply stopped ordering unnecessary medical treatments.

Medical errors, often caused by doctor or hospital negligence, are a serious concern all across the country. In 1999, the Institute of Medicine reported that approximately 98,000 people died each year as a result of medical errors. Gupta discussed figures that are more recent and says that he believes about 200,000 people die each year because of medical mistakes. Gupta says that if those figures are accurate, it makes medical mistakes one of the leading causes of death in the United States.

Gupta points out the fact that as the number of treatments and tests performed increase, the likelihood of physician errors also rises. He says that many people would be surprised to know that doctors routinely request tests or treatments that they know are unnecessary. According to one recent survey of orthopedic surgeons, of all the tests they order to be performed on their patients, 24% are not “medically necessary.” Gupta says that the danger of such overuse of things like CT and MRI scans can lead to false positives and unnecessary operations. Along with these unnecessary procedures comes the risk of complications, including infection and bleeding.

To avoid these potentially deadly mistakes, hospitals have tried to implement various policies, such as completing a checklist prior to beginning surgery to avoid surgical errors such as operating on the wrong body part. Despite these efforts, medical errors continue to occur, sometimes leaving patients badly injured. More needs to be done by the medical community to reduce the unnecessary tests which can lead to unnecessary harm to patients.