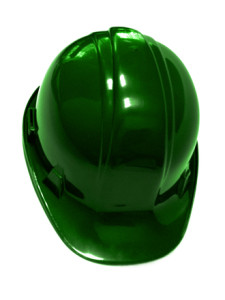 The recently finalized numbers show that a whopping 71,000 nonfatal workplace injuries and illnesses occurred in 2013. These thousands of on-the-job incidents were reported among all North Carolina private employers. Though the number is still extraordinarily high, representing those injured or made ill in only one year, it’s actually a marked decrease from previous years.

Also of note, of the 71,500 private sector injuries and illness cases reported in 2013, 36,700 were deemed to be of a more severe nature. This means that these cases involved days away from work, job transfers or work restrictions. It’s these kinds of cases that result in workers’ comp claims and benefit payouts.

While we’re on the subject of workplace injury, a poorly understood aspect of workers’ comp claims is how the system operates on a no-fault basis. A common misconception is that a worker who is injured due to his or her own fault will not be able to collect workers’ compensation benefits. This is completely untrue and, because it is somewhat counterintuitive, deserves a bit of explanation.

In North Carolina, and many other states, workers’ comp is a no-fault system. This means that it does not matter who was responsible for causing the worker’s injury, even if the person at fault is the employee himself. This can be good for employees for a variety of reasons. First, it speeds up the process by eliminating the need for lengthy investigations to determine fault. Second, it avoids the risk that a simple accident at work caused by the employee could lead to devastating financial ruin.

There are only two exceptions to the otherwise no-fault rule in North Carolina. First, no compensation is available to workers who cause injury or death to themselves due to intoxication or illegal drug use. Interestingly, this exception does not apply if the employer is the one supplying the alcohol. The burden in these cases rests on the employer to demonstrate that the employee was impaired and that the impairment itself caused the injury. Second, compensation is not available to a worker that caused injury or death intentionally. Any willful actions by an employee that result in harm, no matter how severe, will not be compensated under the state’s workers’ comp system.

Council wins another legislative victory at the expense of injured claimants, say lawyers