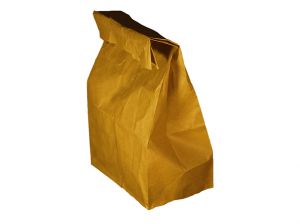 A recent case before the North Carolina Court of Appeals dealt with what happens when a employee is injured while on premises controlled by an employer but while out on a lunch break and engaged in a personal activity.

The case, Mintz v. Verizon Wireless, involved a customer service representative for Verizon who worked on the second floor of an office building. Verizon did not own the building, only leasing a portion of the office space, and was one of several tenants. The woman was required to take a half hour lunch each day, during which time she liked to walk along the halls for exercise, especially those on first floor.

One day, after walking for close to 30 minutes, the woman went into a bathroom on the first floor. After she was done and about to walk out the door to head to her cubicle, she slipped and fell on a piece of ice that had fallen out of an ice machine situated near the bathroom door. When she fell, she hit the ground hard and seriously injured her knee. The woman had a history of knee problems and had even had surgery on that same knee five years before. After going to get medical treatment, her doctor determined that the fall had seriously aggravated the already bad arthritis in her knee.

The North Carolina Court of Appeals, upon hearing the case, decided that the woman was entitled to benefits related to her fall. The Appeals Court said that the woman’s injury occurred as a result of her employment. Though Verizon may not have owned the building or even occupied the floor the woman was walking on, she was injured due to a condition in a common area of the building; a space the court determined was part of her workplace. The Court justified this decision by saying that Verizon specifically encouraged employees to go to the first floor of the building given that was where the communal cafeteria was located.

The Court of Appeals ruled against Verizon, dismissing their argument that the injury did not take place during the course of the woman’s employment. The Court made clear that Verizon was a major tenant in the building and that this allowed them to essentially control the premises. The fact that she was injured on a different floor did not matter given that she was returning to her desk after a paid, and mandated, break.

It’s nice to know the woman’s employer was not able to hide behind a lease agreement to deny responsibility for her serious injury. The decision provides an extra layer of security for workers across the state who might find themselves injured in similar circumstances.