A North Carolina husband and wife were killed this past week after being hit from behind by a pickup truck. According to police the accident occurred when their motorcycle was rear-ended along N.C. 87 North. 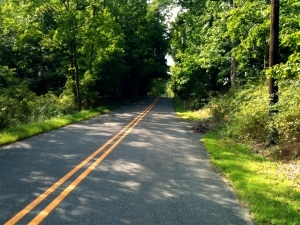 Highway Patrol officials say that the accident occurred just before 8 p.m. when a truck driven by Michael Ahlgren hit the back of the motorcycle carrying Michael and Shanon Turner. Police say the accident happened after Ahlgren was driving closely behind the couple and failed to see that the Turner’s had put on their turn signal. Authorities say that by the time Ahlgren noticed that the Turner’s were slowing down it was too late. Ahlgren was simply traveling too fast to come to a stop.

Given the speed with which the motorcycle was hit, both Michael and Shanon were ejected from the bike and thrown onto the pavement. Emergency responders pronounced both dead on the scene while Ahlgren was unhurt.

Police say that an investigation revealed alcohol was not a factor in the accident. However, Ahlgren was charged with two counts of misdemeanor death by motor vehicle. His bond was set at $2,500.

Risk of being thrown from a motorcycle is one of the reasons that motorcycle riding can be so dangerous. While occupants of a passenger vehicle can also be ejected, the risk is much less serious given that seat belts do such a good job of keeping passengers inside the vehicle. Motorcycles lack these restraints and are easily thrown from their bikes onto hard pavement, or even worse, into other lanes of traffic.

Sadly, in the event of a rear-end collision, it is likely that the body of a motorcyclist will absorb the brunt of the impact. In passenger vehicles, airbags, seat belts and other safety features are designed to cushion the blow to drivers and passengers. Motorcyclists only have their helmets and some padded gear to absorb the impact, a major reason why injuries among motorcyclists are often more severe than those involved in car accidents.

Given the vulnerability of motorcyclists, it’s critical that other drivers remain alert while out driving. In this case it appears that speed and inattention combined to create a deadly situation. Other drivers should take this tragedy as a reminder to direct your attention on the road in front of you. Doing so just might save a life.

“Husband and wife killed in motorcycle crash,” published at TheTimesNews.com.